How To Be Victorious Beyond Competition 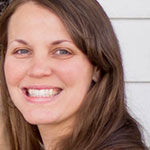 My position on the soccer team was a wing midfielder. Responsible for supporting both offense and defense and transitioning the ball from one to the other, I had to cover a lot of ground. And as you can imagine, this could be exhausting.

When I was 17, our team was playing in the state quarterfinals against a successful team who was expected to get to the finals. We played a close game...double overtime. The clock was winding down in the second overtime, with only one and a half minutes left to play before going into a PK shootout. The other team was attacking, and almost our whole team was in the backfield focused on defending the goal.

We just had to hang on for 90 more seconds.

If we could get into a shootout, our goalie was better than theirs. We just might be able to pull out a surprising victory.

There I was, inside the penalty box, listening to our goalie shout orders to those of us who were defending. An opposing player received a pass in front of me and took a shot. I was a little bit out of position and tired, so instead of stopping the shot when I reached out my foot, I nicked the ball just enough to deflect it past our goalie.

I heard her yell, “Nooooooo,” and turned around just soon enough to watch the ball roll into our goal.

Not only did we lose, we lost very specifically because of my action. My whole team bore the consequences of my tired, desperate and failed attempt to stop that ball from getting in our goal.

I collapsed on the field and buried my face in my knees.

Competition is a risk. By participating, we are risking failure, shame and guilt. What if we’re inadequate? What if our training and practice wasn’t enough? What if our competitor is stronger, faster or more skilled? What if we don’t reach our goal?

This risk is real every day beyond athletic competition. We want to be prepared for the challenges of life. We want to help the people we love. We want to reach our goals, to grow and find meaning.

But what if we fail?

You will lose. You will fail. You will let your team down and accidentally tip the ball into your own goal.

You will miss opportunities, hurt people you’re trying to love, and doubt if your life has purpose.

Athlete, your efforts will not be enough.

“Now God has us where he wants us, with all the time in this world and the next to shower grace and kindness upon us in Christ Jesus. Saving is all his idea, and all his work. All we do is trust him enough to let him do it. It’s God’s gift from start to finish! We don’t play the major role. If we did, we’d probably go around bragging that we’d done the whole thing! No, we neither make nor save ourselves. God does both the making and saving. He creates each of us by Christ Jesus to join him in the work he does, the good work he has gotten ready for us to do, work we had better be doing.”

Now God has us where he wants us … fully aware of our own inability to save ourselves from failure, from shame, from guilt.

But athlete, God does not want us to stay there - curled up on the field in a ball of collapsed guilt that was born of shame and failure. He comes to us in our darkest moments, often the moments we create for ourselves.

Jesus walked the earth without doing anything wrong, and yet:

“He was looked down on and passed over,

a man who suffered, who knew pain firsthand.

One look at him and people turned away.

We looked down on him, thought he was scum.

But the fact is, it was our pains he carried—

our disfigurements, all the things wrong with us.

We thought he brought it on himself,

that God was punishing him for his own failures.

But it was our sins that did that to him,

that ripped and tore and crushed him—our sins!

He took the punishment, and that made us whole.

Through his bruises we get healed.

We’re all like sheep who’ve wandered off and gotten lost.

And God has piled all our sins, everything we’ve done wrong,

He was beaten, he was tortured,

but he didn’t say a word.

he took it all in silence.

Justice miscarried, and he was led off—

and did anyone really know what was happening?

He died without a thought for his own welfare,

beaten bloody for the sins of my people.

They buried him with the wicked,

threw him in a grave with a rich man,

Even though he’d never hurt a soul

or said one word that wasn’t true.

Still, it’s what God had in mind all along,

to crush him with pain.

so that he’d see life come from it—life, life, and more life.”

When Jesus rose from the dead, he made sure it was possible for you to stand up free of shame and guilt, regardless of your failures, because the ultimate consequences of those failures died on the cross.

Ultimate victory is available to you

Now, athlete, it’s possible for you to experience victory even in loss, to be valuable beyond your performance, and be loved regardless of your failures.

In the face of failure, guilt or shame, you only need to admit your insufficiency to be perfect on your own and bring Jesus into your life as the only one able to live perfectly, and follow him with your life.

By inviting Jesus into your life, your trust in him becomes your victory. Your victory with Jesus in inevitable, because it was won on the first Easter morning when he walked out of his tomb.

Your athletic career has already had moments of defeat, whether an own-goal in the final seconds or an unkind word to a teammate. Moments of failure, shame and guilt. And those moments will keep coming when your athletic career ends. But when they come, listen to an invitation from Jesus to get up off the ground, and to stand up in dependence on him.

In the moments when you are faced with your own inability to get it right, you have the opportunity to admit that you fall short. As someone trusting in Jesus -- who bore the weight of guilt and shame to the point of death and yet came back to life after three days -- your own ability to live without failure, shame and guilt is irrelevant, because Jesus did it on your behalf.

This ultimate victory, this victory beyond competition, is the most beautiful kind of victory because it is available to you freely, regardless of your skill, dependability, or personality.

If you want to know more about what it means to trust Jesus with your life, visit this page from our partner organization, EveryStudent.com or simply email communications@athletesinaction.org.

If you have already trusted Jesus with your life, and know the security that comes from a victory over failure, guilt and shame through him, consider using this resource to offer that same hope to a teammate, friend, or family member.

Take your next step with Jesus. Know Him Personally.

Show me how
Christy Johnson comes alive telling stories of God's work as He uses the influence of sports to change lives, which she does today by leading the marketing and development team at Athletes in Action. She lives in SW Ohio with her husband, a youth pastor, and three young kids.
See more from this author >>