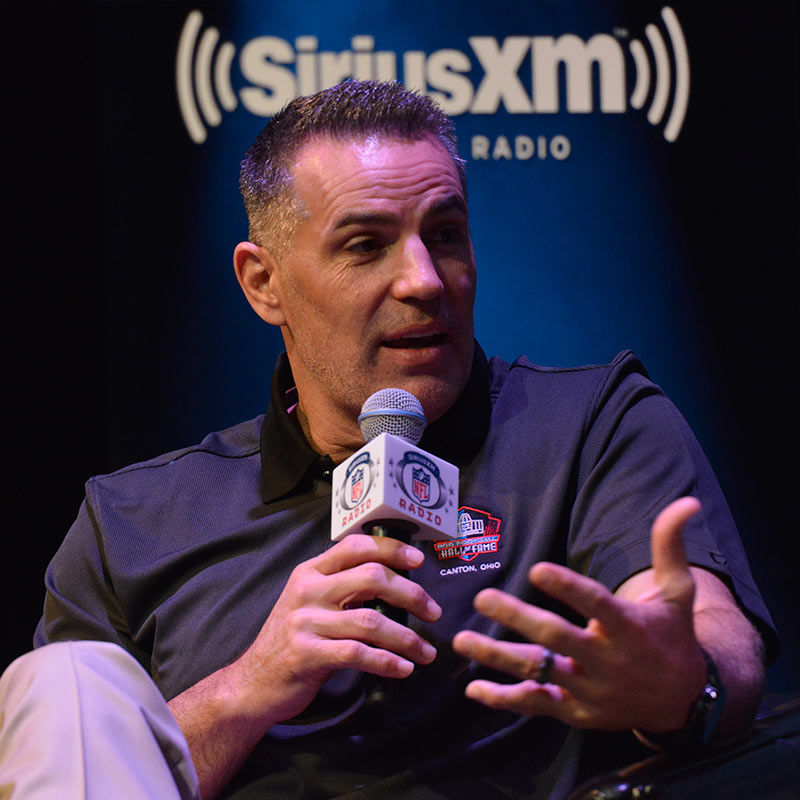 The Best Thing I Learned From: Kurt Warner

MINNEAPOLIS – Professional athletes make audacious statements at times. Some are cocky for the sake of simple swagger while other comments are meant to intimidate an opponent.

There are three that pop in my mind right off the bat.

On January 9, 1969, three days before Super Bowl III, New York Jets quarterback Joe Namath attended an event at the Miami Touchdown Club to receive an award. A Baltimore fan blurted out to Broadway Joe that the Colts were going to win the game.

Namath fired back unrehearsed and said, “Hey, I got news for you. We’re going to win Sunday, I’ll guarantee you.” New York pulled off the upset and won 16-7. What a cocky statement he made.

In 1963, then Cassius Clay (Muhammad Ali) rhymed his way to a fearless prediction about his upcoming heavyweight fight with Henry Cooper. “This is no jive, Cooper shall go down in five.” Although Clay was knocked to the canvas in round two, the prediction held true (my own rhyme).

The fight was stopped by the referee in the fifth round because Cooper’s eye was swollen shut, and Clay won the bout. What an arrogant thing for Clay to say.

The inaugural 3-point shootout debuted at the 1986 NBA All-Star Game, and Larry Bird made it clear before the contest started he aimed to win.

He walked into the locker room, sized up his competition and finally said to all of them, “I’m just looking to see who’s coming in second.” What a brazen thing to say.

Bird won hands down and connected on 11 consecutive 3-pointers in the final round.

All of these examples are cocky, arrogant and brazen. A successful athlete must have an edge and confidence in themselves. That’s why they win.

But I love the boldness of Kurt Warner.

What he did after he and his Arizona Cardinals won the NFC Title Game to advance to the Super Bowl in 2009 was glorious.

In the post-game interview on the field with Terry Bradshaw, Warner thanked Jesus Christ.

What a bold thing to say with millions of people watching.

For me, it was one of the first times I can distinctly remember a player showing no fear in proclaiming his love for the Lord on national television. There might have been others prior, but this was impactful to me at the time. He made a similar statement when his Rams won Super Bowl XXXIV in 2000.

Over the course of the past year, I have interviewed many Christian athletes for a project. Some of them take the easy way out and always thank God—which is great. This is also generic and can portray an image which is not evident. Anyone can thank God, but when they tell me they love Jesus Christ, then it rings home a little louder. Now, they are specific. Now they are making a distinction.

When they thank God, who do they mean? Who is their God? It leaves the door open.

“I think one of the greatest moves I ever made was when I professed Jesus on the podium after I won the Super Bowl,” Warner told me in Minneapolis before Super Bowl LII. “Because now, everyone knew about my faith.”

His boldness brought about accountability as a Christian. That is when I started to notice more athletes make similar proclamations. It kind of knocked down the wall, so to speak.

“When I did that and thanked Jesus, it pushed me to be more accountable with my faith and turned out to be the greatest blessing I’ve enjoyed,” he added.

“And for me, that utterance may be given unto me, that I may open my mouth boldly, to make known the mystery of the gospel” (Ephesians 6:19).

The Best Thing I Learned from Kurt Warner: There is a difference between cockiness and boldness.

Athletes are fighting to win a trophy at the end of each season. The great ones have an edge—they display and possess supreme confidence in their abilities. As a follower of the Lord Jesus Christ, I have every right to be bold and dauntless when it comes to sharing the gospel. I not only have a prize waiting for me after the big game of life, but I know I’m going to be victorious. Why not be bold?

Namath, Clay, and Bird all predicted the win before the event. They didn’t know the outcome. Warner thanked Jesus after the game because he is aware of the final result.

I learned from Kurt I have a reason to be more impactful in my witness and to be more daring. If you want to be held to a higher standard, force the issue and proclaim Christ in public.