What's Your Role When a Teammate Does Wrong? 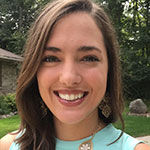 It’s an awful truth, but in light of recent events both inside and outside the world of athletics, we need to continue to remind athletes that they have a role to play if they witness or suspect their teammate(s) engaging in sexual or domestic violence. While it can feel like an incredibly uncomfortable and difficult responsibility, it’s one that must be accepted.

Scanning through recent headlines, we find stories of survivors and their growing masses of supporters who are fighting back through various campaigns in support of those victimized by sexual assault and domestic violence. We can use these stories that need to be highlighted and used as examples for athletes.

One campaign in particular that caught my eye is #SetTheExpectation, pioneered by sexual assault survivor Brenda Tracy, with the specific goal to end sexual and domestic violence in sports. It caught my attention because it includes a pledge that coaches and players can sign and share with their networks of peers, teammates, and fans. It’s an actionable promise to set the expectation that sexual and physical violence are never okay and a pledge to courageously stand up against suspected or witnessed violence.

Too often people are cautious to speak out against their teammate because they don’t want to ruin his or her life over “one mistake,” but in doing so they fail to remember that the victim’s life has been irreparably stained or that they can have lasting negative consequences of their actions.

Unfortunately, the evils prevalent in college athletics don’t end with sexual and domestic violence. Temptations whose consequences affect more than just the offender are lurking around every corner: binge drinking, drugs, sex, violence, and more. As an athlete, teammate, and Christ-follower, you cannot afford to be a passive spectator when you notice a brother or sister falling into destructive patterns.

What should you do when you notice or suspect a teammate going down a destructive path?

The bond forged through being teammates is a strong one. You typically see them more than anyone else in your life — they’re your chosen family in this season of life.

You get to know the inner workings of their lives, you have a front row seat to view their life and their actions — in the locker room, at practice and games, and at social events. Sometimes it’s not always explicitly obvious that they’re falling into a pattern of destructive behavior, but when the signs are there, you have a responsibility to go against the grain and lovingly confront.

Bad behavior — especially when it’s become socially accepted — can be difficult to challenge. But Jesus modeled that sometimes being willing to go against the grain and call something out is a responsibility that needs to be taken seriously.

For example, when Jesus entered the temple in Jerusalem in Matthew 21, he saw the merchants and money-changers and was angry. He overturned the tables and forced them out. Because the people wanted and needed to make money, the Pharisees questioned His anger and actions.

What could be so wrong with the merchants and money-changers trying to make a living? Well, the temple was supposed to be a place of worship, not a place to cheat people and generate financial profit. His anger and actions were righteous because He was doing so based on the love He had for His Father and wanting respect for His Father’s house.

Even if it’s become acceptable in your circle of friends, as a Christian it is your role to recognize when something destructive is going on, and gently and lovingly express your concern for your teammate’s destructive behavior. Then be willing to help walk them out of it.

Silence is often seen as the route of least resistance and as a bystander, it generally feels the most comfortable. It is easy to withdraw from a teammate who is living in sin, but this is when moving towards them and engaging with their hearts is key.

Jesus often approached the outcasts in society, the people that were too “dirty” to be associated with. In John 4, Jesus made a stop in Samaria, where He had the opportunity to speak with a woman who He knew was living with a man who was not her husband. As He sat by the well, waiting for His disciples to return from town with food, the woman approached.

Based on gender and socio-ethnic differences of the time, it would be fitting that they not speak with one another; however, Jesus, began a conversation with her by asking for a drink of water. Naturally, she was taken back and questioned his motive. Through their continued conversation, He built her confidence in Him and gracefully called out her sins.

That is the key. We are all sinners, ashamed of the sins we commit and not wanting our proverbial “dirty laundry” aired out for everyone to see. It can be difficult to admit wrongdoing, especially to someone we don’t fully trust. But follow Jesus’ lead and build trust with your teammate before gracefully bringing up difficult things to talk about.

If the pattern of destructive behavior continues, gets worse or negatively affecting another person, it’s likely the best option to report it. Make a formal report to your coach, athletic director, a school official or the university police as necessary.

This is an incredibly challenging and courageous option as a teammate, but in some instances, especially cases of sexual or domestic violence, it is vitally important and the only way toward resolution.

If you’re uncomfortable submitting a report, consider making it anonymously. If you’re still struggling because you fear for your teammate and the repercussions that they may face, remember — the person they hurt has to live with the pain of your teammate’s actions for the rest of their life, or their destructive actions can have lasting impacts on their own life. In cases of sexual or domestic violence, you can make all the difference in healing by bringing your friend to justice.

Whether discipling your teammate to help them overcome the destructive pattern or reporting to an authority, make sure you keep working and following up until there is a resolution, as Jesus did in the story of the woman at the well. He declined food brought back from town by the disciples because His “food” was to do the will of God and to “finish His work.” It’s never easy, but as a college athlete, you’ve been given a very visible platform and have an increased measure of responsibility to follow through.

As a Christ-follower, it is your responsibility to do the difficult work and speak out against sexual or domestic violence, drug and alcohol abuse and other destructive behaviors among the people you care about and with whom you do life.

Kate is a Wisconsin native, UW alum and devout Badger fan. She serves elementary-age kids through Children's Ministry at her local church, and enjoys the juxtaposition of writing for college-age athletes that AIA provides.
See more from this author >>