12 Ways to Be A Better Coach 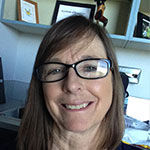 Red-faced, screaming unintelligible words, the coach grabbed the young athlete by the shoulders and gave him a shove toward the end of the bench. The boy’s mistake—allowing the player he was guarding to score.

Because it was a District game, the offending player was benched and never given a chance to redeem himself.

The volatile coach’s team lost the basketball game that day, but the real loss was the damage done to the benched player’s heart.

What happens to coaches when the ball is tossed in the air, kicked, pitched, or served and the game begins?

The internal pressure gauge starts inching higher and higher as the adrenalin begins to race through the veins, attacking once rational brains, regularly transforming mild-mannered coaches into crazed monsters.

Peaceful people become like the infamous Dr. Jekyll and Mr. Hyde, manifesting split personalities to those who love them most—their players and families. One minute they’re poised and polite. The next minute they’re angry and yelling.

All coaches experience some conflicted dualism, the grip of the monster. Many have learned to tame the beast outwardly while internalizing the pressure, while others simply give in and justify their behavior in any number of sport-culture allowed ways.

Whether you’re a Dr. Jekyll or Mr. Hyde, you’ll likely experience some postgame anxiety, anger, sleeplessness, or depression, because of the intense adrenaline rushes and the aggressive nature of competition.

I’m ashamed to say that I’ve acted, reacted, and overreacted more times than I can count, and I’ve been ashamed of myself many times after a game, win or lose. As a young coach, I learned early on to justify my behavior and dismiss my guilt as a necessary hazard of the job.

The apostle Paul must have had some coaching experience when he penned Romans 7:15, “What I am doing, I do not understand; for I am not practicing what I would like to do, but I am doing the very thing I hate.”

Everyone who has coached knows that coaching tirades aren’t limited to game situations. Practices can be just as stress-filled and full of inappropriate coaching antics.

Christians, there must be a better way to approach this challenging job of coaching!

Changing how you feel, think, teach, and lead is a difficult challenge, and rewiring your emotional responses is a lifelong process that can only happen through God’s power working in you.

But while God is working inwardly, Coach, you can be working outwardly to change some of the beastly behaviors that are most damaging to your athletes.

I know that your outward efforts to sanctify yourselves will complement God’s inward sanctification of your hearts.

Stop arguing with or yelling at the referees, and make sure your players don’t argue with them either. Why worry about the officials when you can’t control them anyway?

Eliminating this major source of frustration and anger will allow you to have better control over your emotions during the game. Try it! You will be surprised how freeing it is to let a bad call go!

“The beginning of strife is like letting out water, so abandon the quarrel before it breaks out.” Proverbs 17:14

“Keeping away from strife is an honor for a man, but any fool will quarrel.” Proverbs 20:3

In the heat of battle it’s easy lose your head and make player substitutions based on fear—the fear of failure, the fear of disrespect, or perhaps the fear of condemnation from parents and fans. Don’t let the beast take over.

Explain your system of playing time to your team and their parents, and then follow your own guidelines! Your plan should be based on the age of your players, the competitive level you’re coaching, and the league rules.

Your integrity is more important than winning. Coach, you may lose a game, but you will win the trust of those you rule.

“Loyalty and truth preserve the king, and he upholds his throne by righteousness.” Proverbs 20:28

Pray with your players

Inviting God into your huddle will certainly help set the tone for every game. Acknowledging your need for God in front of your players is humbling, and openly sharing your faith will impact their spiritual lives for eternity.

But Coach, they will be watching, holding you accountable to see if you can walk the talk! Nothing curbs beastly behavior like accountability.

“The one who says he abides in Him ought himself to walk in the same manner as He walked.” 1 John 2:6

Coach, pride is definitely a root issue that God will have to help you with, but you can cooperate by asking God to show you any prideful behavior that affects your players.

Perhaps you are guilty of never acknowledging when you are wrong; or never asking for forgiveness; or being unkind; or being unapproachable; or being unteachable and rigid.

These prideful behaviors, to name a few, will cause your athletes to erect protective walls of distrust, wariness, and stony indifference. Perhaps God will convict you of other ways you can humble yourself.

“Pride goes before destruction, and a haughty spirit before stumbling.” Proverbs 16:18

You ask your players to visualize correct skill performance because it’s a proven method that improves game-time performance. You can use the same technique to retrain your beastly behaviors.

Visualize the godly behavior that you would like to display. Coach, you can literally script your verbal responses, your body language, and your countenance before every practice or game. Coach yourself!

“He who is slow to anger is better than the mighty, and he who rules his spirit, than he who captures a city” Proverbs 16:32

“He who restrains his words has knowledge, and he who has a cool spirit is a man of understanding” Proverbs 17:27

All the yelling and berating in the world will not help youth to perform. The correct skills must be habitually ingrained during practice. This means giving attention to the little details that you want to emphasize.

All athletes must have the correct physical skills built into their neuromuscular pathways so that they become second nature. Coach, it can be very frustrating for both you and your players when you don’t understand this principle of development.

“Blessed are those who find wisdom, those who gain understanding.” Proverbs 3:13

Athletics is meant to enhance and educate the athlete, enriching their lives, making them happier, healthier, and holier.

The challenge is to be creative, designing interesting, energetic, and age appropriate drills that teach all the necessary skills. Coach, you must know your audience and teach to their level in an enthusiastic and selfless way.

“A joyful heart is good medicine, but a broken spirit dries up the bones.” Proverbs 17:22

Coach, have you ever tried to be funny at a player’s expense? I’m certainly guilty! While humor is healing, sarcasm can be humiliating. Adult sarcasm can be so obtuse that your athletes won’t necessarily get the joke.

There is no quicker way to undo your hard work than to use careless and cutting words that poke fun at one of your players. They may laugh on the outside, but most likely they’re cringing on the inside.

“The wise woman builds her house, but the foolish tears it down with her own hands.” Proverbs 14:1

“Let no unwholesome word proceed from your mouth, but only such a word as is good for edification according to the need of the moment, so that it will give grace to those who hear.” Ephesians 4:29

Your players should come to practice relaxed, expectant, and energized because they know they will be treated with consistent respect and kindness from you.

If you’re playful and fun one day and angry and surly the next, this kind of Jekyll/Hyde behavior leads to mistrust, and your players will be edgy and tense. Coach, show maturity and wholeness daily, giving your players much needed peace.

“But the wisdom from above is first pure, then peaceable, gentle, reasonable, full of mercy and good fruits, unwavering, without hypocrisy.” James 3:17

Have a trusted advisor

Choose carefully, because a wise friend is invaluable! Find a friend who knows when to console you and when to challenge you. There is a time for both.

“Iron sharpens iron, so one man sharpens another.” Proverbs 27:17

When you show self-control and tame the beast within, you’ll have many opportunities to instruct your youthful athletes to do the same.

Using Jesus’ example of patience and gentleness you can rebuke a wayward athlete in love. A timely and truthful word of correction, spoken in love, can penetrate and deeply affect your young players.

It’s time to tame the Beast!

Coach, whether you’re full-time professional or part-time volunteer you can prayerfully examine the stressors you face in practices and game situations that cause you to lose your cool.

You can, with God’s help, tame the beast! Say goodbye to the drama of Dr. Jekyll and Mr. Hyde!

“If any man is in Christ, he is a new creature; the old things passed away; behold, new things have come.” 2 Corinthians 5:17

Holly Page is the Heart of Texas Fellowship of Christian Athletes Women’s Ministry Coordinator. She is a former collegiate basketball athlete and graduate of Indiana University. For the past 30 years she has coached basketball at various levels. She has a Master’s degree in Education from Stephen F. Austin and is a published author. Holly loves cross-cultural missions and partners with Hoops for Hope International in short term overseas sports ministry. She and her husband Rob have four grown children and two grand-children.
See more from this author >>