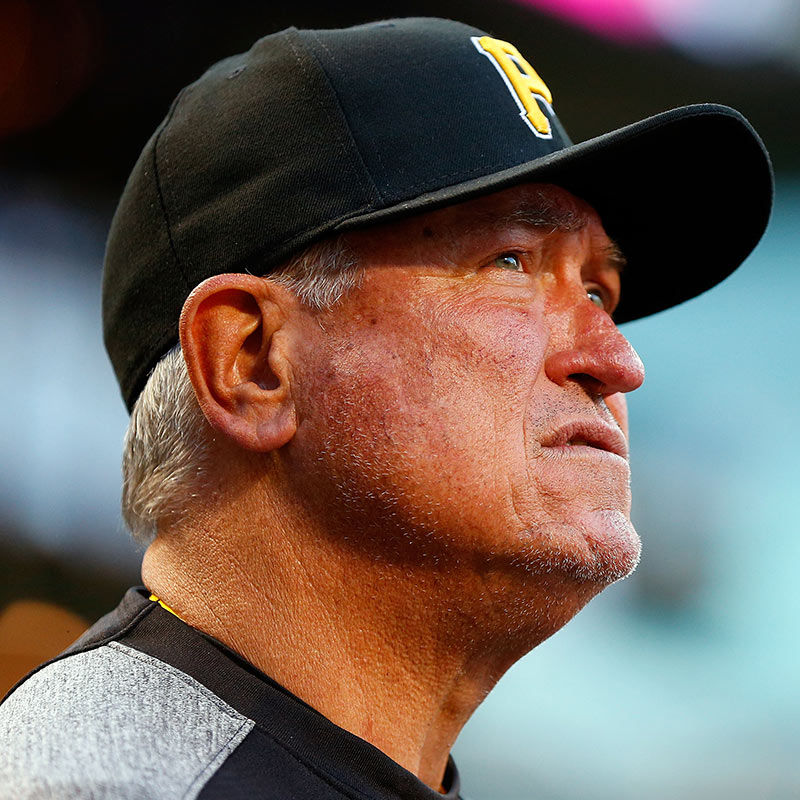 The Best Thing I Learned From: Clint Hurdle

I was recently in Bradenton, Florida, to catch a Pittsburgh Pirates/Boston Red Sox Spring Training game and catch up with my friend Clint who is the manager of the Pirates.

A couple of weeks before I left for my trip to the Sunshine State, I sent a message to him to let him know I was going to stop by the game.

We became friends last year in Cincinnati when I interviewed him before a Reds game about his testimony of faith.

He has a wonderful story of redemption.

When he came into the Big Leagues in 1977, Sports Illustrated hailed Clint as a “phenom.” But he never quite lived up to that label. Instead, he posted a .259 average over 10 seasons and played in Kansas City, Cincinnati, New York and St. Louis. He admitted he turned to alcohol and loved the taste of beer.

In fact, he was once kicked out of the apartment he shared with George Brett in Kansas City because he partied too much.

Once he knew he had a problem, he faced it head on and got to the bottom of the issue. He started to go to Alcoholics Anonymous meetings and found comfort in reading scripture at night.

He also met the love of his life, Karla, who he married in 1999. He described her as the best person in his life, next to his Savior.

“I’ve been married three times and am a recovering alcoholic,” he told me. “I have a special needs child who is 14, a daughter who is 31 and a son who is 12. My journey has been a Christian obstacle course.”

Clint knows his purpose—as a manager and as a child of God. He told me in the clubhouse, everyone matters—from the All-Star player, to the janitor, to the guy who puts out the towels. They all need to see Christ in him. Clint is transparent about his relationship with Jesus.

He compared his spiritual status to the game of golf. He said it doesn’t matter if you can hit the ball 400 yards if you are not lined up properly. The ball will go out of bounds and cost you a stroke.

“I have to be aligned with the Lord in everything I do,” he said. “My ego is gone, and my life needs to be of service. I struggled with that for a long time—but it’s thy will be done—not mine.”

In 2009, he started sending a daily group text of encouragement to a dozen of his friends when he worked for the Colorado Rockies. Two months into the season, he was fired.

A few weeks later, he was on vacation when a person in the text strand sent him a message and asked how he was doing. He replied “okay.” The other person responded and said he was not because she had not received his messages of encouragement for six weeks.

“You'd sign your texts with 'Make a difference today. Love Clint,' and you're not making a difference, and I don't think you love me,” the friend’s message boldly stated. The point was clear to him.

The next day, Clint started to send the messages again. Now his daily text reaches more than 3,000.

I’m one of those 3,000. Before I left the clubhouse in Cincinnati, I gave him my card. The next day, I received a text that read: ““Del, I enjoyed meeting you. Make a difference today, Love Clint.”

Since then, I receive a text message and an email from him around 6:30 a.m. each day with a Bible verse and a brief devotional.

The Best Thing I Learned From Clint Hurdle: No matter your circumstance or what you have battled through life, you can be an encouragement to others.

If you allow your past to dictate your attitude, you will lose the World Series of Life.

I have come to expect and rely on Clint’s text messages and emails to inspire me. They are important to me. The messages are simple and brief, but they always end the same way: “Make a difference today. Love Clint.”

I can be an encourager through my articles and blogs. What can you do?

And whatsoever ye do, do it heartily, as to the Lord, and not unto men (Colossians 3:23).