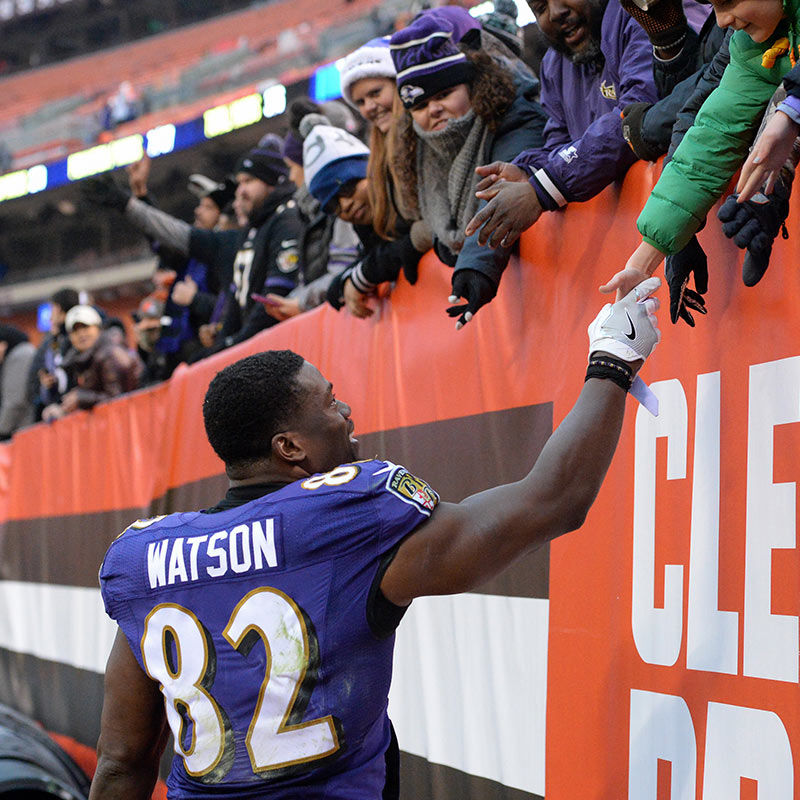 The Best Thing I Learned From: Benjamin Watson

I sat up in the media box at Paul Brown Stadium on opening day and watched Baltimore shut out the Bengals 20-0. My favorite part of the game was at halftime when Gold Star Chili became available.

After the game, I wanted to talk with Benjamin Watson in the locker room. He had overcome a potential career-ending injury the year before, and I was curious about his progress. He did not play at all in 2016.

He looked great when I went up to his stall as he got dressed. He appeared happy to be back on the field again.

I had read about the challenges he faced in previous years, although he was raised in church.

“Sometimes, this game can get all encompassing and you get lost in who you are,” he said. “My biggest issue was with identity.”

Athletes earn a lot of money and are expected to be excellent at their craft.

This takes time and energy and a larger personal commitment.

“Football was all I was about early in my career,” he confessed. “I took what happened in my physical journey and transferred it over to my spiritual walk. That is not what you want to do.” A series of events showed Benjamin there is more to life – more to serving the Lord.

That is why he wrote the book Under Our Skin: Getting Real About Race—Getting Free from the Fears and Frustrations that Divide Us.

That is also why he spoke at the 2017 March for Life in Washington D.C.—the annual rally against abortion. He takes a strong stand on his beliefs.

God provides an avenue for His children to pursue higher callings, and Benjamin might be finding that out about himself.

I pray and hope he runs for Congress. One of his friends, Blaine Boyer, a pitcher for the Boston Red Sox, told me he feels the same way. “I hope that man runs for office or president one day because he can win,” Blaine said. “We need men like that in leadership.”

What we set out to accomplish in life just might prepare us for what God desires from us.

“And be not conformed to this world: but be ye transformed by the renewing of your mind, that ye may prove what is that good, and acceptable, and perfect, will of God” (Romans 12:2).

Maybe Benjamin fought with identity because he has a different purpose on earth than football. Perhaps he’s been playing in the wrong arena.

The best thing I learned from Benjamin Watson: Everyone struggles with their identity at some point. I have waited more than 50 years for God to show me my direction. Most of the time, I was the problem and got in the way. I wanted to do certain things, and they never panned out. When I moved out of the way and let the Lord take the controls, I found myself on a fantastic journey for His glory.

Benjamin has a talent and desire to do more after football. This nation needs more men of conviction and character to get off the sidelines and into the game that God has for them—not just the one they imagine for themselves.

Del Duduit is an award-winning writer and author who lives in Lucasville, Ohio with his wife, Angie. They attend Rubyville Community Church. Follow his blog at delduduit.com and his Twitter @delduduit. He is represented by Cyle Young of Hartline Literary Agency.