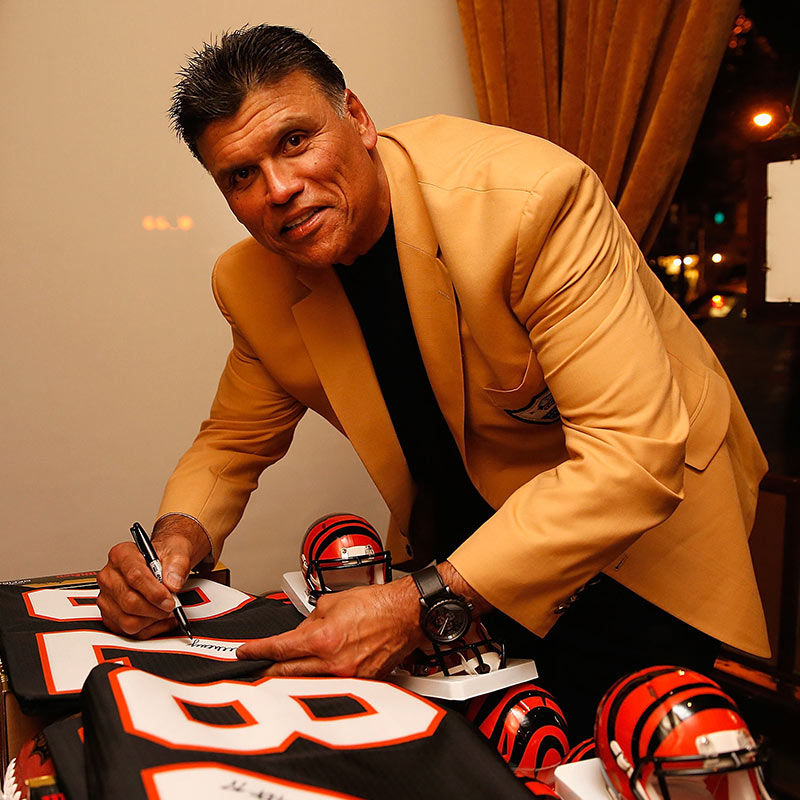 The Best Thing I Learned From: Anthony Munoz

I had just finished a late-afternoon dinner before the Bengals played host to Tampa Bay in a preseason game on a Friday night in the Queen City. The meals the Bengals prepare for the media are top-notch, and I checked the board to find my seat assignment in the press box when I unexpectedly bumped into an NFL Hall of Famer who walked through the double doors.

This doesn’t happen every day so I seized a couple of seconds and asked Anthony Munoz if he had a moment to chat with me. “I sure do,” he said with a great big smile. He was on his way to prepare to call the game on television.

I expected him to tell me the ordinary clichés most athletes talk about. This was not the case. He had a message to send out. But when our brief conversation ended, I carried away a tremendous challenge as I made my way back to my station.

A few minutes later, I found myself in a dialogue with a fellow sports writer I did not know. The discussion started with the usual forecast for the season, but it escalated into a conversation about the Lord.

Anthony had inspired me to be more active in the way I witness for God.

I carried this out because of a story he told me about his time when he lived in Southern California.

The 11-time All-Pro offensive lineman appeared on every collegiate scouts’ radar when he was in high school. Anthony loved baseball but committed to play on the gridiron for USC. He did fulfill his dream to play on the diamond and pitched for the national championship team in 1978 when he was a Trojan.

But this tower of a man, who was popular and talented, was clueless when it came to what Jesus Christ could offer him.

“I was never presented the gospel until I went to college,” he told me. I was in disbelief. He didn’t live under a bridge or in isolation. He was in SoCal. There are a lot of people there!

The 1991 NFL Man of the Year first heard about Jesus during a conversation with a Campus Crusade for Christ staff member at USC.

There was no relationship, period. Anthony said. “It was non-existent. I never knew I could have one.”

The man regarded as the best offensive lineman to ever play in the NFL was soon bombarded with the good news of Christ by other teammates and family.

During his sophomore year in 1978, he married Dee Dee. A few months later in October 1978, they both accepted God into their lives at the same time.

“The Lord saw fit to put me around people of faith until I gave in and surrendered,” he said with a big smile. “The big rough and tough football player realized I was nothing without Him.”

Anthony’s mission became clear to him. From that point forward, he made it a priority to share the saving grace of God to everyone he met.

He even asked me if I knew Christ after I introduced myself. “Of course,” I said. “That’s what I’d like to chat about.”

That is why I had the discussion I did with John, a sports writer I just met.

I did not want to surrender an opportunity I filtered in my relationship with the Lord as we talked. Turned out, he is a Christian too. We are friends today because I shared my testimony. To think a man like Anthony was not exposed to the Gospel until he was 18 years old blew me away.

I determined in my heart to make sure people know where I stand after I talk with them.

“Let your light so shine before men, that they may see your good works, and glorify your Father which is in heaven.” MATTHEW 5:16

The best thing I learned from Anthony Munoz: Don’t take it for granted that a person has heard the gospel. Tell them! Who knows? You might be the reason the next NFL Hall of Famer accepts Christ.