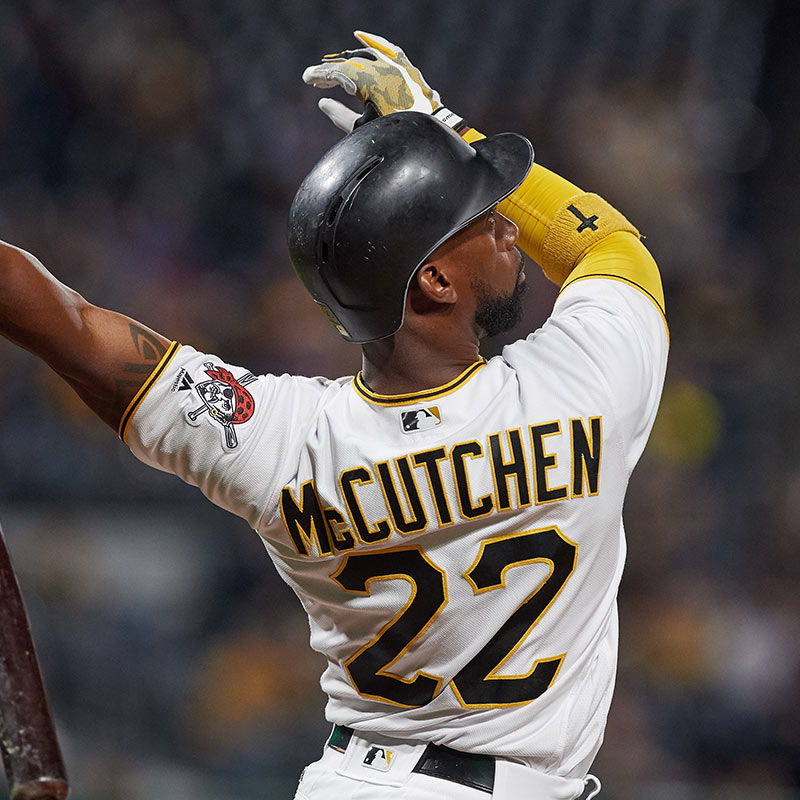 The Best Thing I Learned From: Andrew McCutchen

I was disappointed this week when I heard Andrew McCutchen was shipped across the country from Pittsburgh to San Francisco.

I heard all last season he was on the chopping block to be dealt to another team. Then during a Cincinnati Reds home stand last year against Pittsburgh, I had a chance to chat with the 2013 NL MVP.

I stood outside the clubhouse doors waiting for the green light to enter and speak with players before the game.

But when I stared down the corridor, I saw a lone person coming toward me. It was “Cutch.” I asked if he had a few moments, and he obliged as he took off his headphones.

He wasn’t in the best of moods because he had been demoted to right field, and it did not set well with the five-time all-star.

For years, McCutchen anchored center field. He was the constant in the Pirates’ resurgence back to contention.

But the MLB reminds everyone how fast life’s circumstances can change. All those accomplishments faded as Starling Marte swooped in and took over HIS position.

“Baseball in general has been a challenge lately,” he said, “You just have to continue the journey and keep on the road and stay positive and try to find joy in the midst of the struggles.”

I was just glad to see him because he was one person I had targeted to interview for an upcoming project. At the time, many reports already had him on a slow boat to China, or Oakland, or Los Angeles, or somewhere.

Every headline on the Internet had him gone in mid-season, traded, exiled from the Steel City.

Bleacher Report treated it like a constant soap opera. “Will Andrew find true happiness?” “What lies ahead for Pittsburgh’s favorite player?” Tune in tomorrow for another episode of The Young and the Cutchless. I think it would be difficult to focus on your job when everyone predicts you will be shipped away. The same can be said when others say negative things about you. How do you handle it? Do you stay the course or pout?

A few weeks later, Pittsburgh was back in Cincinnati, and I did not expect him to be there. But to my surprise, there he was, getting ready to jump into the batting cage. We chatted for a few moments and this time, he was more jovial than our last conversation. During that time span, he was moved back to his familiar stomping grounds in center because Marte received a suspension from the MLB for using a banned substance. McCutchen finished out the year in center even after Marte returned to the team.

Still, the trade rumors continued to circulate. Cutch is loved in Pittsburgh. He was considered the glue that held the team together. Teammates looked to him as a leader, and fans adored him for his hustle and his solid reputation.

“God and my faith helps me in the midst of struggles and with things I’ve been going through,” he added as he put on his batting gloves and pulled up his socks. “On the field sometimes, things don’t go your way, but He gets my spirits in the right frame of mind. I just trust Him and do my job.”

I was hoping to find Cutch in the clubhouse when I attend a Pirates/Red Sox spring training game in February in Tampa, Florida. But that won’t be the case. He will be wearing a different color uniform other than the black and yellow he’s worn for years.

How long will it take for trade rumors to start in San Francisco? The media seem to thrive on predictions and controversy. It took a year, but they finally got this one right.

“For I know the thoughts that I think toward you, saith the LORD, thoughts of peace, and not of evil, to give you an expected end.” Jeremiah 29:11

The Best Thing I Learned From “Cutch”: I spoke with McCutchen on two different occasions under two different circumstances. But his message was the same—stay focused on the task in front of you. Don’t listen to rumors and lies, because these are tricks of the devil to stomp down your spirits. Maintain a positive attitude and knock Satan’s attempts to discourage you out of the park. Continue to live for God and trust Him in the midst of chaos. Be like “Cutch” in the clutch.