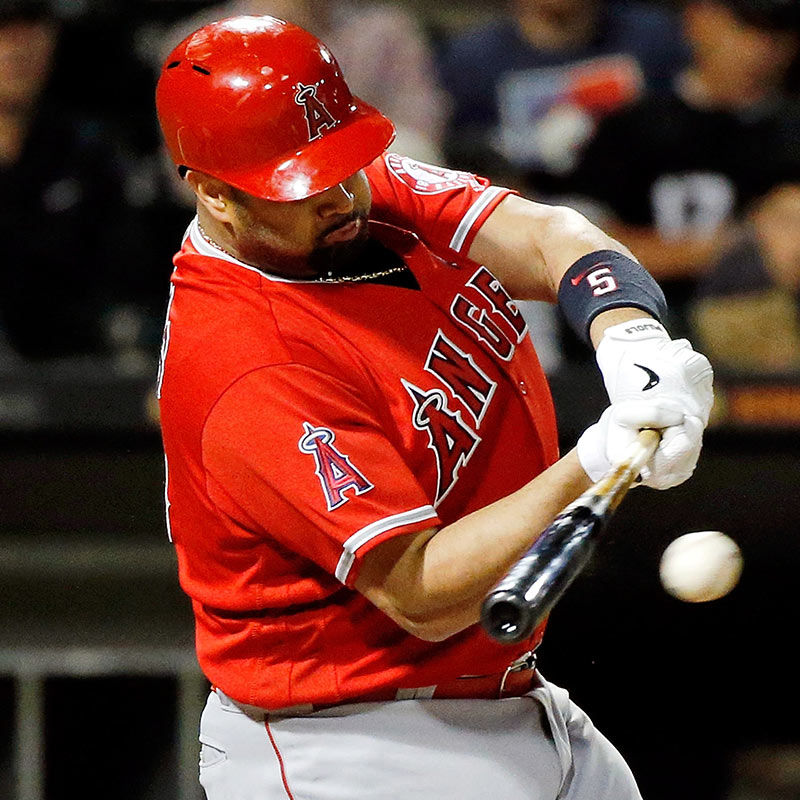 The Best Thing I Learned From: Albert Pujols

Who expects to see a golf match inside an MLB clubhouse?

But that’s what I ran into when I made my way into the locker room of the Los Angeles Angels of Anaheim. I saw Albert Pujols and Mike Trout at the Golden Tee arcade golf game. Both had their game faces on.

I was there to conduct some research for a project in the works and hoped to snag a few moments with Pujols.

The three-time MVP glanced over as I stood just to his left, about four feet away. I honored his space and made sure he had enough room for his backswing.

“Can I help you?” he said with a ‘you are bothering me’ tone. I said I wanted to talk to him for a few minutes when he’s done.

“About what?” he said, once again with the tone that suggested for me to get lost.

I mentioned I wanted to discuss his faith and how it plays a part in his life.

His demeanor softened and he agreed, but only after he and Trout finished the grudge-game golf match. They were on hole seven so I knew it would be a little bit.

The main thing I wanted to ask him about was the question he poses to runners who make it to first base, the position he’s claimed for 17 years.

“What is the most important thing in life?” is what he whispers to those who stand next to him on base. (If he asks them the way he asked me questions, I’d be afraid to tell him!)

That is a daunting question from anyone—perhaps even more so from Pujols. Albert is a big man at 6-3, 209 pounds. Add in the fact he has won nearly every award in baseball and he gets your attention.

The inquiry has to catch some off guard. Who expects that? You just round first base after you drive in a run and slap hands with the first base coach.

Then Albert interrupts and says, “What’s the most important thing in your life?” How do you answer that? Do you think quick enough on your feet to say what you think he wants to hear?

The “Machine” puts people on the spot and witnesses for the Lord at the same time. His goal is to establish a brief conversation and proclaim his faith in Christ before the next pitch.

“Some tell me it’s their job, or their family and some don’t have an answer,” Albert said. “I get a chance to tell them God is the most important part of my life.”

Albert uses the diamond as his sanctuary to tell everyone he meets about the Lord. “Go, stand and speak in the temple to the people all the words of this life” (Acts 5:20).

So how would I answer his question? There are a few responses I’d consider. I hope I’d put my faith and family at the top. Albert knows most of the players in the AL, but what if he didn’t? Do I have the same boldness he has to walk up to anyone and ask them that question?

The best thing I learned from Albert Pujols: I don’t have to be a 10-time All-Star or in the 600-home run club to be bold. I must possess the desire. Albert’s stature demands respect, but the message of Christ is all that matters.

I have a right to be confident when I speak to others about the Lord. But think twice before you interrupt a Golden Tee arcade game...