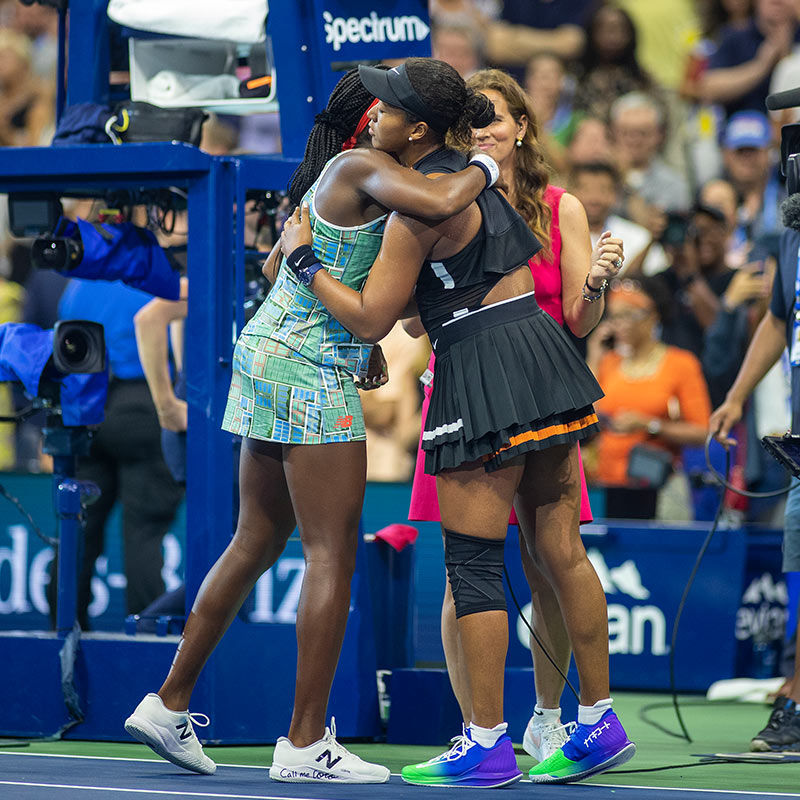 The U.S. Open always delivers spectacular performances by veteran players, but it’s the MasterClass that happened on the sideline between Naomi Osaka and Coco Gauff that garnered the most applause.

After winning the match in straight sets, and in a kind gesture of solidarity and sportsmanship, Naomi, a 21-year-old two-time grand slam champion, consoled the 15-year-old phenom and invited her to join her post-match interview.

"It was kind of instinctive because when I shook her hand, I saw that she was kind of tearing up a little and it reminded me how young she was," Osaka told ESPN after the match. "For me, I just thought about what I wanted her to feel leaving the court. I wanted her to have her head high, not walk off the court sad. I want her to be aware that she's accomplished so much, and she's still so young."

What usually is a procedural part of any match turned into a time of affirmation, encouragement, and a full display of Philippians 2:3,4 (ESV):

“Do nothing from selfish ambition or conceit, but in humility count others more significant than yourselves. Let each of you look not only to his own interests, but also to the interests of others.”

Naomi knows it’s not easy to play in front of a full house on one of the hugest stages in tennis, Arthur Ashe Stadium. It was on the same court last year that she was comforted after winning her first Grand Slam title by her hero and opponent Serena Williams following an unforgettable match between the two.

In her own way, Naomi pays the compassion forward and lets Coco know that even after a tough loss she has all reason to hold her head up high.

Although they weren’t training partners or well acquainted before playing, their stories are deeply connected by their roots of practicing at the same facility in Florida. That resonated with Naomi as she commended Coco’s parents for raising an incredible player.

With Naomi’s invitation to share her victory moment with Coco, we see the mutual respect they have for one another, how they identify with the sacrifices they’ve made, the work ethic it takes to compete in a major tournament, and how they congratulate each other on how far they’ve come and how much more they have to give.

It gives everyone, but especially young athletes in individual sports, an example that:

a) expressions of compassion between competitors only strengthens the game

b) ferocity and friendliness can co-exist

c) treating others higher than yourself doesn’t dim your light, but adds glow to it

With the speed and power both bring to the tennis court, we will definitely be seeing more from these two. And when we do, we will witness two players who see themselves in each other, wanting the other to shine. That’s what makes the future for them so bright.

Study how to lead by example.

Show me how
Amethyst Holmes is a content and social media strategist with Athletes in Action. She joined staff after reporting for The Huntsville Times/AL.com. She's a former member of The University of Alabama Track & Field Team where she was a thrower throughout her college career. Contact her at amethyst.holmes@athletesinaction.org and follow her on Twitter at @Amethyst_Holmes.
See more from this author >>