Leadership Begins With Leading Yourself 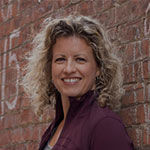 Are you a travel agent or a tour guide?

When you lead, be a tour guide. Take others where you have first been yourself. Show them the ropes, what you have learned, the ins and outs, the ups and downs. Lead by showing…a “come along with me” mentality. You cannot take someone where you have never been. You cannot give what you do not have.

“How we lead ourselves in life impacts how we lead those around us.” Michael Hyatt

First, we have the uncanny ability to size up every other person in the world except ourselves. It’s much easier to see the faults or shortcomings in someone else, isn’t it? But it is so important that we have a realistic picture of where our difficulties and weaknesses lie. Otherwise, there is no way to lead ourselves well, let alone lead others with integrity.

Secondly, we usually are harder on other people than we are on ourselves. We tend to judge others according to their actions—cut and dry. But when it comes to judging ourselves, we judge by our intentions. So even if we do the wrong thing, we let ourselves off the hook if we believe our motives were good.

Have you ever been at practice and gotten on a teammate’s case because they were giving a half-hearted effort or just seemed to be in a bad mood that was impacting everyone? Then later your coach was on you for your attitude which internally irritated you.

“What’s his deal?” you may have thought. “I was helping a friend in need last night…I was up late studying”…or some other excuse you’re telling yourself to give yourself the “right” to behave that way.

We often don’t see it, but this is when we need to hold up a mirror to our own behavior. We can often let ourselves off the hook for the same behavior we’re holding against someone else. As a leader, we need to evaluate ourselves first.

We also see this in Scripture.

Taking responsibility for your life is a key to leading your life.

Practice as hard as you play on the day of competition. Work hard, with a good attitude, whether someone is watching or not. Respect and encourage your teammates. Be coachable. Live a life that is consistent on and off the field. Work as hard in the classroom as you do in your sport. Treat your family, friends, and classmates with respect and kindness like you do your teammates.

Invest in yourself by growing yourself…as a person, as an athlete, as a leader. That is the highest form of leadership. It’s also the hardest. But you can do it! Begin by leading yourself and others will want to follow you and your example.

“Nothing so conclusively proves a man’s ability to lead others, as what he does from day to day to lead himself.” –Thomas J. Watson

Ways to improve your self-leadership:

Ask 5-10 friends, coaches, colleagues and family members to evaluate you on how well you take advice.

Each of the following is worth the number beside it:

Average the scores you get. If your average is below a 4, you need to improve in this area. A place to begin is to seek advice from others when you are in the process of gathering information BEFORE you make decisions.

“Leading yourself well means that you hold yourself to a higher standard of accountability than others do. Why? Because you are held responsible not only for your own actions, but also for those of the people you lead. Leadership is a trust, not a right.” - John Maxwell

To learn more about Amy’s one-on-one or group coaching for current athletes and athletes in transition, as well as her leadership training, go to www.amysnowcoaching.com.