What Roger Bannister Taught Us About Self-Imposed Limits 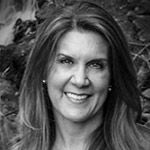 As a new ultramarathoner, the thought of attempting a 50-mile race scared me to death. I ran my first 50-kilometer race only a month before the 50-miler. Prior to that, my legs had pounded the pavement for up to 26.2 miles or less.

During the 50-mile endurance run, I charged out too quickly for me, and I extended a pace beyond what I could handle for the length of the race. My legs began to ache with normal running pain at mile 20, and I pushed on until I met the last cutoff at mile 41. Runners had to reach mile 41 by a certain time in order to be allowed to finish.

Somehow my mind knew this, and the wheels began to fall off once I passed the cutoff. I stayed too long at the last few aid stations, even sitting down at one point from fatigue. The length of time per mile began stretching out as the race wore on, culminating in a snail’s pace after the sun went down. I traversed the woods alone comforted only by the light of my own headlamp and flashlight, ultimately completing the event.

Have you ever watched the end of a race and noticed runners collapse right at the finish line?

The athletic capacity of so many runners could not possibly have been exactly the same or so expertly conditioned to reach their physical limit precisely at the finish line. The participants all had the same threshold; however, the limit was mental and not physical.

In sporting activities, it’s easy to believe that we can only go so far, that a bigger goal lies beyond our potential. In life, relationship and personal growth can seem limited by our past choices and inner flaws. The psyche remains a tricky minefield, and we frequently say that we "can't" when we really mean that we "won't."

How we think mentally affects so much of what we can accomplish physically.

Roger Bannister, who died at 88 on March 3, finally broke the four-minute-mile barrier in 1954. Two months later, someone else ran under a four-minute mile. Once it wasn’t an “impossible” task, other runners broke four minutes as well. Roger shattered the once impenetrable boundary in the minds of other runners.

The Bible tells us in Romans 12:2, “Do not be conformed to this world, but be transformed by the renewal of your mind, that by testing you may discern what is the will of God, what is good and acceptable and perfect” (ESV).

God knows that the minds of men are vulnerable points of our humanity in the spiritual war. Hence, the admonishment to constantly “renew our minds.” The limits or truths held by our minds permeate our entire existence. Not everyone can run a four-minute-mile or bench 300 lbs., but I find that often I can endure for longer and farther than I previously thought possible. “Renewing my mind” serves to root out the lies that I believe and refocuses my gaze on the Father.

We can talk ourselves into or out of anything. We can logically create reasons why we should aim lower than the heights God is calling us to. “The thief comes only to steal and kill and destroy. I came that they may have life and have it abundantly” (John 10:10 ESV).

God’s power and strength work through us. While there will always be physical limitations on all of us, the challenge is to look beyond your mental limits. Believe in who God made you to be. Have faith that God is who He says He is.

As you prepare for a big game or at the start of your season, take time to renew your mind. Throw off the lies and disbelief that have been planted by the Enemy designed to hold you back. While none of us will win every game in our lifetimes, we are all capable of much more than we think and we need to grab hold of that truth, unshackling ourselves from the mental mindset that limits our potential.

K.A. Wypych is a Christian writer, speaker, and athlete inspiring people to courageously persevere through challenges to reach their big dreams and better their lives. She’s published articles, multiple devotionals and is currently under contract to publish her book entitled Ten Iron Principles. Subscribe and follow at kawypych.com.
See more from this author >>