3 Things To Do When Coaching Your Child’s Team 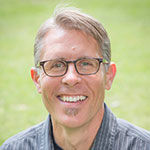 Have you ever donned the title “Coach?”

If you have, you know that the title comes with enormous expectations, whether pacing the sidelines of a pee-wee league game or calling the shots among pros. In the former, you answer to parents. In the latter, owners and GM’s determine your fate.

Either way, the man or woman called “Coach” is charged with navigating each perilous season, overcoming every obstacle and opponent with the wisdom of a sage and the heart of a lion.

"I want to help redeem the culture of youth sports!"

Now, if that weren’t daunting enough, try standing at the helm of a team with one of your own kids on the roster!

Perhaps the first great danger of stepping into the role of parent/coach is that of underestimating what it will require of you and everyone else on the team.

Be mindful of your motivations

There are numerous questions, assumptions, and even suspicions that can arise when a player’s parent is setting the lineup and calling plays. Will there be favoritism? Can Mom or Dad maintain objectivity as a coach and avoid fixating on his or her child’s performance? Is taking on the coaching role a power move or a genuine desire to help the team?

Suffice it to say, parents and players alike can hardly help but wonder about a parent’s motivation to coach, a question that can only be answered as the season unfolds. In light of this, there is good reason to do some solid self-examination before stepping into this role of leadership.

No one has perfect motives, but it’s better to have a good handle on one’s potential blind spots than to forge ahead as if immune to disordered ambitions.

I’ve found it helpful to set aside time for reflection and prayer around Psalm 139:23–24 “Search me, O God, and know my heart! Try me and know my thoughts! And see if there be any grievous way in me, and lead me in the way everlasting!”

Doing this has repeatedly directed my attention away from personal gain (for me or my child) and toward the fulfilling potential for redemptive influence. Yes, I longed to influence my children positively, but the role of coach required me to consider teamwide influence, a sobering stewardship for any who take the Great Commission (Matthew 28:18-20) seriously.

Along with weighing motivations, it also seems fair to assess one’s qualifications. It’s reasonable for players and parents to expect a level of knowledge and competence which corresponds to the level of competition.

Far too often, Christians excuse incompetence with righteous intentions, conduct that is counterproductive spiritually and athletically. Doing so is inconsistent with Paul’s exhortation in 1 Corinthians 10:31, “Whether you eat or drink, or whatever you do, do all to the glory of God.” Striving to provide knowledgeable coaching is honoring to God and will serve as a springboard for the redemptive influence a Christian coach hopes to have.

“I have no greater joy than to hear that my children are walking in the truth.” (3 John 4, ESV)

Now it’s going to sound like I’m contradicting myself, but what I’m about to say must be applied in conjunction with what has already been stated. In the eyes and heart of the coach’s son or daughter, their coach never ceases to be their parent. Hard as they may try, a child playing for a parent/coach can hardly distinguish between the two roles. For the parent/coach, this may be the greatest challenge of all.

I had countless conversations with my children, assuring them that I was rooting for them, that I was proud of them, that I didn’t expect more of them than other players simply because they were my own, and that they had to abide by the same standards and rules we had for the team, in spite of being related to the coach. I didn’t handle these perfectly, and at times it was hard for my kids to believe or accept what I was saying. But honestly, this was the greatest personal benefit I had as a dad coaching my children.

Set an example through Christian witness

The context of sport gave me countless opportunities to cultivate the character of my kids in a context that couldn’t be more ideal for spiritual formation and personal development.

It’s no wonder New Testament writers used athletic metaphors in their teaching (1 Corinthians 9:24-27, 2 Timothy 2:5, Hebrews 12: 1-2). They’re earthy, intense and concrete in the realm of attitude and action. As a dad who also coached, I was able to seize teachable moments with my kids and pass along far-reaching biblical application.

Having said that, a parent/coach needs to be mindful of when, where and how he or she “coaches” their child. It’s difficult to overcome the familiarity, but correction and instruction for a coach’s son or daughter needs to feel to everyone like the correction and instruction given every other player. In the same way that favoritism feels really bad to the team, harsh scrutiny feels really bad to the child of a coach. A parent/coach must be extremely intentional about communicating consistently across the board.

If all that you’ve read so far hasn’t dampened your zeal to take up the clipboard and whistle, let me put a little wind in your sails. Coaching your kid gives them a front row seat to see Mom or Dad apply real faith outside the home in the real world. You’ll model for them a biblically-informed code of conduct translated into a language the world can understand.

Your sons and daughters can see firsthand how you embody things like integrity, compassion, and perseverance in challenging situations. Hopefully, they will follow your example and use the gifts God gave them to serve like their Savior. Nothing could encourage a mom’s or dad’s heart more.

Show me how
Monty Waldron is a teaching pastor at Fellowship Bible Church in Murfreesboro, TN, where he lives with his wife and four children. He was a gymnast at Oklahoma University, and continued to train post-college as a competitive cyclist and now Oly-distance triathlete. Read his blog at brokenyethopeful.com and find him on Twitter at @montero_67.
See more from this author >>