Should Christian Athletes Pledge Allegiance to the Flag? 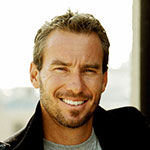 The kneeling “movement” doesn’t appear to be slowing down.

Over a month since he first used the national anthem to make his politically charged statement, Colin Kaepernick has produced a groundswell of protest among athletes across America.

If you search #Kaepernick on Twitter, you’ll find a myriad of opinions about his individual protest from good to bad to downright nasty.

And as NBA training camp begins—a league where three out of four players are African-American—athletes continue to be asked for their opinions about the matter.

We could even argue that Lebron James, Dwyane Wade, Chris Paul and Carmelo Anthony ignited the blaze when in July they foreshadowed the kneeling movement by standing together at the ESPY’s and saying that we need to “explore these issues, speak up, use our influence and renounce all violence.”

Wherever the credit—or blame—for its origin lies, there’s no sign of the discussion fading any time soon. And middle ground is hard to find amidst the emotional positions held by Americans.

But of all the responses, I like president Barack Obama’s the best: Kaepernick is “exercising his constitutional right” and has “generated more conversation about issues that have to be talked about.”

Indeed, America boasts of many freedoms, including a citizen’s right to peacefully protest injustices—and there are many—still prevalent in our society.

If Tim Tebow is free to kneel and pray, if Presidents are free to send 18-year-olds overseas to kill and die, if the KKK is free to continue to exist as an organization, then professional athletes should be free to stand or sit during a song which celebrates America—a country, like all countries, with a questionable moral track record.

Of all people, Christians in America should be the first ones to raise questions about our relationship to the State. Should we stand? Or—should we sit? Should we give our allegiance to the State? Or does aligning with the State somehow negate or undermine our alignment with Jesus? Or can we somehow do both?

The Christian response to this matter should not be informed primarily by political persuasions, nor by Fox News or CNBC or ESPN. As in most social matters, the Bible actually has quite a bit to say about how we should think about this issue if we’ll only let it speak.

Christians too often ignore these questions, or they get mad when people raise them. Try blowing up your next Bible study by asking the question: Should Christians stand for the national anthem or recite the Pledge of Allegiance? You might just start a fight.

The first Christians, however, would have gladly wrestled with these questions—and they did. The early church’s relationship to Rome was a pressing issue, and Scripture speaks to it with profound clarity. Paul says that Christians should submit to the State (Rom 13:1-4), obey its laws (Titus 3:1), and pray for its leaders (1 Tim 2:1-2). Peter says the same thing (1 Pet 2:13-14), and Jeremiah encouraged Jewish exiles to “seek the welfare of Babylon” where they were living in exile (Jer 29:7). Christians are to be good citizens.

Christians are also to be subversive citizens, political prophets who boldly live out a narrative of weakness, suffering, sacrifice, and death.

The apostles publicly refused to submit to Rome’s laws when they conflicted with the way of Christ (Acts 4:19; 5:29), and Israel’s wild-eyed prophets denounced the nations—including their own—for violence, oppression, and mistreating the marginalized (Amos 1-2). The fulcrum of the biblical story hinges on a revolutionary peasant-King who received the death penalty for treason.

It’s no wonder the Roman authorities felt threatened by the rise of the Christian movement, which “turned the world upside down” by “acting against the decrees of Caesar, saying that there is another king, Jesus” (Acts 17:6-7). The Christian proclamation that Jesus is King is inherently a political protest.

No one said it as clearly as John in his political tract called “The Apocalypse of Christ,” otherwise known as the Book of Revelation. It’s unfortunate that this subversive piece of literature has been hijacked by contemporary newspaper theologians who use it to predict the end of the world in bewildering detail.

The book of Revelation is an aggressive critique of the government, written by a pastor imprisoned for his lack of patriotism. John boldly lambasts Rome for its immorality, greed, pride, excessive luxury, and an addiction to military might that stained the world with blood to secure its interests (Rev 17-18).

Rome believed it was the hope of the world, the founder of peace (the pax Romana), and the savior of those who pledge their allegiance. All of these, of course, are religious statements—an affront on God’s reign over the earth. “Come out of her, my people!” cries the angels of heaven, “lest you take part in her sins!” (Rev 18:4).

Even one of Rome’s own senators exposed their charade: “To plunder, butcher, steal, these things they misname empire: they make a desert and they call it peace” (Tacitus, AD 56 – ca. 117).

The Christian identity has always been a quiet threat to the way of Rome. Submit to the State? Yes. But submission must come with a confident grin that a better way, a superior narrative, a crucified empire is peacefully crashing in on the empires of the world.

When governments pitch themselves as the hope and savior of the world, Christians must expose the fraudulent claim, not celebrate it.

No Christian in the first 300 years after Jesus would have pledged allegiance to Rome during a church gathering. Roman flags didn’t stand next to Christian flags in first-century house churches, and followers of Jesus viewed themselves as citizens of One: One Lord, One baptism, One kingdom of sojourners scattered across the earth as colonies of heaven. Christians in America are more like Israelite exiles living in Babylon than Jewish kings reigning in Israel.

While Christians should submit to the State, pray for its leaders, and render qualified obedience to its laws, to pledge allegiance is a profoundly religious act. It’s a religious statement infused with divided loyalties and borders on syncretism.

I think the burden of proof rests on those followers of the crucified Lamb to show that citizens of heaven can truly pledge allegiance to anyone other than Christ-and that's something Christians need to think about deeply.

(Most of this essay first published at relevantmagazine.com)

Preston Sprinkle (Ph.D.) is a speaker, podcaster, blogger and The New York Times bestselling author of several books.
See more from this author >>