Mamba Out: In Remembrance of Kobe Bryant 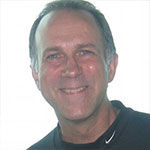 Coach Morris Michalski is AIA staff and a veteran basketball specialist with more than 25 years of coaching experience at various levels of the game, including his role as life coach/chaplain to the USA Basketball National Team.

The world is in shock. A man known worldwide by his first name is gone.

Kobe let the planet know he retired with these words -- Mamba out. Now, just three and a half seasons later, the same two words are being painfully attached to more than his retirement. And once again we are hit with the reality that there is little security in this life, even for legends.

I got the word probably just like you, the tragic news stampeding across my phone screen Sunday afternoon like an unwelcomed fastbreak. Kobe Bryant and his daughter, Gianna, among seven precious others, dead. In a moment, we felt the loss of a sports icon we were absolutely unprepared to memorialize. Death is no respecter of persons.

Throughout the day, floods of condolences rolled in. NBA teams committed 24-second shot clock violations in his honor, athletes dedicated their seasons to one of the greatest of all time, and the people of Los Angeles made makeshift memorials for yet another neighborhood hero gone too soon.

Now, like you, I am left to process what to do with my sadness.

Let me offer my best thoughts in these early, raw moments. These are the three questions I have been wrestling with:

How should Kobe Bryant best be remembered?

Of all the photos, YouTube clips, and stats we could pile high to stoke our memories, this fact is undeniable: Kobe was certainly one of the best ever to play the game. In his 20 seasons as a legendary Laker, he was an 18-time NBA All-Star, won five NBA championships, was a two-time Olympic gold medalist, two-time NBA Finals MVP, and a regular season MVP.

He was an uber-fierce competitor whose drive was unmatched and whose relentless work ethic inspired generations of athletes to compete passionately and purposefully. He was the Black Mamba, a sport assassin and consistent winner with a fadeaway jumper that too often left opponents speechless.

He was a man of much style and grace, one who marched to his own drumbeat, an innovator, a basketball ambassador, entrepreneur and philanthropist. Yes, his legacy to some is not without blemish and seems unfinished to others, but the transcendent impact of his mentorship, his friendship, his love for his community, his love for his family, and his bond with his daughters will forever resonate.

He strikingly stamped the game and its people, at all levels and for both genders, and his family commitment drew mounting, enviable praise. Kobe had much impact at home, at STAPLES Center, and around the globe.

Remember that Kobe made moves to address his past failings and faults and not let his past condemn his future. In his later years, he wanted to present a better version of himself to his family and to all of us. He put in some hard work here, not just on the hardwood. He didn’t let his power and fame excuse himself from this mission. I respect this.

What should I be reminding myself of as I look at his tragic death? How can I help myself?

Be grateful for the moments to witness greatness and for the joy and inspiration those moments bring. Kobe set a high bar when it comes to excellence. Be glad for a gold standard set; we all benefit. Give thanks.

This gratefulness drives out fear and despair and honors well the object of our gratefulness. Kobe, your brilliance was so radiant. Royal thanks!

Pain awakens us to God and ultimate realities. Let it. Let it say something deep and profound to you. Don’t dull or medicate this pain.

CS Lewis wrote in The Problem of Pain, “... pain insists upon being attended to. God whispers to us in our pleasures, speaks in our conscience, but shouts in our pains: it is his megaphone to rouse a deaf world.”

Let it rouse. Be awakened. God has something to say. Listen.

This verse makes for great self-talk. It helps us not get stuck in the deceit or the despair of the now. There is a bigger story being written. Tap in.

Eternity must be viewed. This awareness demands our vigilance. “God did not make us for time; He made us for eternity” (Henry T. Blackaby, Experiencing God).

We must live in light of this. All of life must be viewed through this filter. To fail to peer into eternity now is to live life blind.

What should I be telling others who, no doubt, are processing and want me to engage with them?

Sometimes life stinks. That’s why Jesus came. Sympathize with others. Encourage them to take heart. Share John 16:33 with folks, it is a gem of a verse. There Jesus says, “I have told you all these things so that in Me you may have peace. In this world you will have trouble. But take heart! I have overcome the world.”

That’s desperately good news for a world that is broken and dying. Peace is a Person. Sticking with Him is a guaranteed win.

Sport is not salvific. It doesn’t save. Jesus does. Often times we think that if we make it big (in sports or some other pursuit), we will be saved, finally secure, immune to suffering.

We think that adding Jesus to the journey is great IF He can help us “make it big.” It doesn’t work that way. He will not share His glory with another (Isaiah 48:11). Sport didn’t save Kobe, and it won’t save us either.

Love well while you can. Solomon of old, the wisest of men said this in the Scriptures, “Surely, no one knows his appointed time! Like fish that are caught in a deadly net, and like birds that are caught in a snare -- just like them, all people are ensnared at an unfortunate time that falls upon them suddenly” (Ecclesiastes 9:12 NET Bible).

Unlike sports, life’s scoreboard doesn’t clearly tell us how much playing time we have left. We cannot assume. No one sees their “appointed time.” So watching the clock doesn’t really matter. Love does. Therefore, let’s love well while we can.

Get a great crossover move. Kobe had great moves. He really was unstoppable at times. But death stopped Kobe. He had no move to beat death, none of us do. We all cross over from life to death.

Eternal life, no condemnation, and a crossover from death to life is available to all. How’s that for a great move and the great comfort and security we really need?

Times like this sure remind us of life’s fragile, unpredictable nature, that we are not guaranteed to see tomorrow’s sunrise or sunset … or even our next breath, that “My times are in Your hands” … not our own hands (Psalm 31:15).

Times like this remind us to hold our loved ones closely, to practice forgiveness freely, to anchor ourselves in the truth of Scripture consistently, and to be great at extending grace faithfully. Times like this must make us find our way to God’s love and then stay there no matter what.

I’m still a bit numb. I love the game and its people … though there is another piece missing for good. But I feel better for having asked these three questions and having worked through the answers. Hope you’ll feel the same way.

Praying for the Bryant family that grieves deeply, the NBA community that will continue to quake, all hurting hearts searching for relief; and for God’s grace and truth to win.

How can I believe the gospel?

Show me how
Coach Mo began working full-time with AIA in 2004 after 25 years of coaching basketball at various levels. His court success includes multiple state championships and Coach of the Year honors. More than 25 of his former players have become basketball coaches or pastors around the world. Coach Mo has invested his life in coaches and players across the U.S., Latin America, Europe, Africa, Asia, Oceania and the Middle East. He currently serves as chaplain/life coach to USA Basketball’s Senior National Team, the team which currently represents our country in the Olympics and FIBA Basketball’s World Cup, as well as numerous other NBA players and coaches. He holds advanced degrees in History and Teaching with doctoral degree work done in both Education and Sport Ethics from Rutgers University and Oxford Graduate School. He and his wife Kelly live in Xenia, OH, and have five adult children.
See more from this author >>