5 Thoughts from a Gymnast on the Abuse Scandal 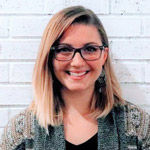 The USA women’s gymnastics team has dominated the team and individual podiums at the World and Olympic level for the last two decades. In a sport where the difference between first and second is usually only tenths of a point, the US women won gold in Rio by over eight points.

But the rise of USA Gymnastics has not come without scandal. USA gymnastics finds themselves in a deep and disturbing pit created by the sexual abuse of athletes from a prominent team doctor, Dr. Larry Nassar.

The depth of the abuse is overwhelming—over 60 athletes have come forward with athletic careers spanning the last six Olympic cycles. Several former National Team members including an Olympic bronze medalist have recently come forward to shed light on the sexual abuse they experienced.

Dr. Larry Nassar had high levels of access with hundreds of gymnasts—most under the age of 18—while he served as the team doctor for USA gymnastics. He performed questionable medical treatments on gymnasts who complained of lower back and hip pain without the consent of parents or the supervision of another adult.

Many of the gymnasts have come forward claiming he performed “treatments” in the cabins at the ranch, where the gymnasts stayed and trained during national team training camps.

In the summer of 2015 USA gymnastics had received complaints about the conduct of Nassar. After a five week long internal investigation they reported the concerns to the FBI. Parents and coaches were not informed of the investigations or the concerns facing Nassar’s conduct with the athletes.

Despite the ongoing investigation, he remained the team doctor and had contact with young female gymnasts until his retirement from USA gymnastics in September of 2015.

As a woman and a former gymnast, I am in complete shock that Dr. Nassar has gotten away with sexually abusing so many women for so long. My heart breaks for them.

How could a man entrusted to take care of these incredible young athletes violate their trust and innocence?

Many of these girls were a lot like myself. They had big aspirations in their sport and would do anything a coach or physician said to increase their chances of making that dream a reality.

I am outraged, saddened, bitter, heartbroken and disgusted by what Nassar did. I have been wrestling with these emotions since learning of Nassar’s actions.

As someone who has place my faith in Christ I know that I am called to follow his example.
In light of the horrible scandal swarming USA Gymnastics and the conduct of Nassar, here are five Biblical perspectives I’m mulling over, seeking to apply them to a situation which cannot be easily processed and certainly can’t be erased.

God desires and will produce justice

The Bible tells us that God is just. This means that God in his righteousness is fair and impartial. He saw the abuse and it grieves Him deeply. He hates the abuse and ill-treatment of the people He has created.

The fact that God is just means that He has the power to and He will judge what is right from wrong. He will administer justice per His righteous and perfect standards, not something a human court comes up with.

I believe Nassar will feel the weight of the consequences for his actions both here on earth and when he faces judgement before the Lord.

Vocation should bring glory to God

Our vocation is a gift from God. Along with this gift comes different roles and responsibilities. Larry Nassar abused his vocation as a medical professional when he took advantage of these women.

USA gymnastics and Michigan State University abused their roles and neglected their responsibilities as governing bodies responsible for the well-being of athletes when they did not report the abuse allegations immediately to the FBI and prevent any further contact that Nassar may have had with athletes.

USA gymnastics has the moral responsibility to advocate for the wellbeing of its members. They did not create an environment at the ranch to protect gymnasts from predators like Nassar.

They failed to create a culture of trust and vulnerability that would encourage athletes to come forward with concerns about Nassar. That USA Gymnastics did not fulfill their responsibilities to the gymnasts they govern shows us that like many sinful broken people, they put success and money before the wellbeing of the girls they were given to steward.

The victims of abuse often feel shame, guilt, loneliness, and isolation—exactly how Satan wants it because these feelings are the exact opposite of the truth.

What happened to these women was not their fault.

God loves each of the victims deeply and completely. If you are a victim of abuse, please know that God’s love for you did not waver the day someone took advantage of you. You are precious and honored in God’s sight (Isaiah 43:4). He will never leave you nor forsake you (Deuteronomy 31:6). God’s grace is greater than the condemnation you may feel. Thank you for being courageous and coming forward with your pain.

Victims of abuse can find great comfort in Jesus because he understands abuse.

He suffered great abuse to the point of death on a cross to give us eternal life.

He offers us hope from painful pasts, for today and for the future, most certainly, hope for redemption from past abuse and suffering.

Forgiveness when it feels impossible

As Christ followers we are called to love our enemy and to forgive them for all the ways they have sinned against us. Nobody will think Nassar deserves to be forgiven, and we could certainly make an easy argument that he doesn't.

But that is the scandal of the gospel—even the most objectionable criminals can find grace and forgiveness in Christ, however impossible it may seem. Nobody is too far gone to be beyond the reach of God’s forgiveness.

Personally forgiving Nassar is not easy—in fact it is completely unnatural.

Bitterness only deepens the wounds caused by others, and forgiveness is an essential step in the healing process.

Love the abused—and the abuser

The number of women affected by Nassar is staggering and the number of victims coming forward will likely increase in the coming weeks.

These women need our love and support, not our judgement. It takes a lot of courage to bring sexual abuse into the light.

My heart breaks for the countless women who were abused and lives are forever scarred by Nassar’s selfish and disgusting actions. It is hard for me to love him, but I know I should because that is what God has done for us all.

We all fall short of God’s glorious standard of perfection. We all need God’s love and saving grace—Nassar needs it, too. Crazy as it seems, we should be praying for Nassar, that somehow the process of his sin being exposed would ultimately bring him to a point of true repentance.

We can pray that he recognizes his need for a Savior and experience the redemption that Christ has to offer all who turn to him.