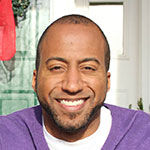 Something for my Christian brothers and sisters to consider in response to Colin Kaepernick's refusal to stand during the national anthem.

I know lots of words have already been spilt out over his action, and there’s plenty of different lines of interpretation to consider, but we need to keep struggling with how the gospel intersects emotional moments like this and keep working through its implications for us as Christ followers. Here’s how I’ve been thinking about it.

Remember that time Jesus got so mad at the extortion of foreigners in the Jewish temple that he braided a whip together and started flippin tables?

What he did got people's attention.

He stood up for people who couldn't stand up for themselves in shocking fashion, because God’s house was to be a place for all nations to commune with him. What it was intended to be, it was not.

Sometimes you need to be bold to get people's attention.

Be careful calling Colin a disgrace, un-American, etc., when the guy we worship was no stranger to controversy because of the things he did and said, things which often disrespected norms and infuriated people in the process.

Was Jesus any less Jewish because he went to town on the temple? Arguably, he was more so.

He called out the leaders of his day for all the ways they oppressed—yes, oppressed—others. He stepped on the toes of their perceived power and they didn't like it.

God called his prophets to DO some radical things in order to get the attention of his people.

Often times, getting someone's attention may require radical action and people will not always like that.

Human trafficking stories and statistics confirm that slavery is still a serious problem around the planet. Is it really that hard to believe that we're still suffering from the affects of this country's oppressive history regarding slavery?

Romans 3:10-18 makes it plain that no one is unaffected by sin’s curse. Because it affects everyone individually doesn't that mean it affects us collectively?

Folks ask, “Is America racist?” But I think a better question to ask is: “Is there sin in America?” That answer is a resounding "yes." Therefore, we're susceptible to sin’s ongoing manifestations, racism and oppressive use of power being but several common examples we shouldn’t assume we’ve somehow already conquered.

But we'll say, "Colin has white parents." That doesn't prove racism doesn't exist. That just means a couple loved him enough to want to call him their own.

"He signed a $114 million dollar contract." That doesn't prove racism doesn't exist. All that means is he capitalized on an opportunity given to him.

"He's bi-racial." And that somehow exempts him from discrimination?

"He disrespected the men and women who fought and died for this nation." I ask for reflection on this one. Please understand: I have great respect for our service men and women. I honestly and truly feel thankful for their service.

But did he? Isn't it possible to respect and love your country while at the same time asking it to do better? If those men and women fought and died for the American way of life, but many people aren't experiencing that life, aren't WE disrespecting THEM by not helping our neighbor and by acting like real problems in this area don't exist?

And isn't it hypocritical of us to say he disrespected our military men and women when they historically receive such poor care when they come home?

Or is it that we're mad because he’s pointing to an issue that we want to sweep under the rug?

The Only Way Forward

Because if the issue is there and it's real, that means I'm now responsible to do something about it.

Isn't the first step in finding freedom from sin to admit that it's there? And when we do, we find a God who welcomes us with grace and love and mercy and help!

So that refreshment might come from His presence and so that He can use our repentance to reflect the rightness of His kingdom on earth. If the gospel sets men and women right with God the natural outflow should be getting set right with other people.

Biblical unity is the accepting and celebrating of ethnic differences of people made in God's image, not the ignoring of it. It's the willingness to identify with the "least of these" and their plight and struggle. You can have your stance about Colin. But don't miss WHY he did it.

God wouldn't repeatedly call us to "do justice" if we were already doing it. So let's be sure to consider Jesus and who he really is. He who was indeed meek and mild, but was also fierce. To be fierce in the name of what is good may often be strikingly offensive, but let’s be careful before we call it wrong.

Let’s be careful not to miss the point of Kaepernick’s action, which wasn’t to start a national dialogue on flag or anthem ethics, but to force us to not forget there’s a racial problem that hasn’t gone away. And since it’s still with us, we cannot turn away from considering our own role in being part of God’s redemptive plan toward reconciling that which is broken.

Aaron Fears ministers to college athletes as part of the AIA Raleigh team. He played football at the University of Massachusetts, graduating with a degree in Sociology. He loves movies with superheroes, music, and krav maga self-defense.
See more from this author >>