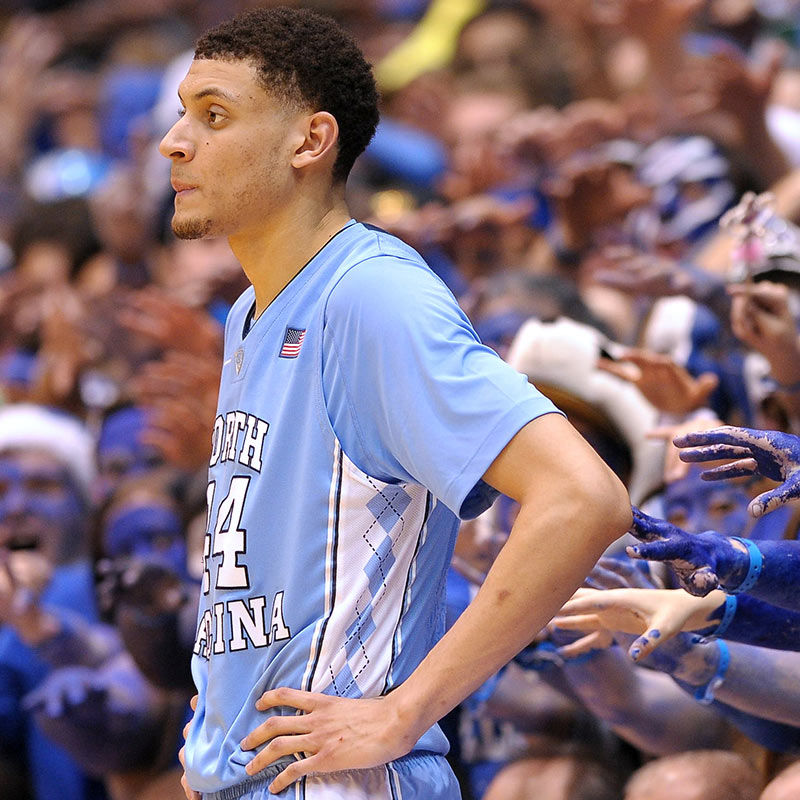 This is the first of four essays on Rivalry Week by former University of North Carolina wrestler, AIA staff person, and now pastor, Reid Monaghan. In each of these reflections, Monaghan wants us to consider the place of rivalries in our lives, examining them for both their positive and negative effects on our soul.

Rivalry Week: The Best and Worst of Us Coming into Play

This is “Rivalry Week,” a week in the college football season that taps into deep passions in coaches, players, schools, families—a perfect time both to enjoy long, historied intra- and interstate conflicts and to reflect on the hard questions they provoke.

Are rivalries good for the human race? Or maybe a symptom of our sinful nature that justifies despising, putting down, and dominating others so that our own supremacy might reign? (Little known fact: the Bible actually starts with an intense rivalry. Two brothers comparing, competing, seeking glory and approval with the end result being murder as one brother killed the other. Not good (see Genesis 4)).

My dad is a graduate from Auburn University, so growing up I knew how to shout “War Eagle!” with the best of them and had no love for the Alabama elephants. I was a chaplain to the athletes at Virginia Tech and have seen the joy of long running dominance over the Wahoos of the University of Virginia. I have many friends who are Ohio State fans and I have seen their worship and the joy they feel when their adversary shouts “Go Blue” and it doesn’t work. I’m a UNC grad and my keyboard simply cannot spell “Dook” correctly! (Seriously, the “u” key doesn’t work when following a capital D. It does when writing words like Puke, but with Dook there is some sort of strange malfunction!!)

I get rivalry week.

But what are we to make of rivalries as followers of Jesus? Are they worthless displays of idolatry and false worship? Or are they useful to bring out the best from human beings made in the image of God? Or both?

Perhaps Jesus can lead us to a middle ground as we reflect on rivalries this week. Maybe God can use rivalries for His glory and our good while navigating the darkness that surfaces all too frequently when human passions get aimed at the wrong things. Let’s look at that darkness first.

The Dark Side of Rivalry

“Seriously, it’s just sports, Reid! Do you need to use the word “dark side” to describe rivalries and what they can do to us.”

Here’s one quick example. After the Auburn Tigers won the 2010 Iron Bowl against Alabama, Harvey Updyke, a fan of the Crimson Tide, poisoned the beloved oak trees found at Toomer’s corner. These trees were the sacred space of celebration for the Auburn Tigers after many historic victories. Updyke had had enough. In a call to Paul Finebaum’s sports radio show, the caller, "Al from Dadeville," proudly explained:

"The weekend after the Iron Bowl, I went to Auburn, Alabama, because I live 30 miles away, and I poisoned the Toomer’s trees," he told Finebaum. "Al" said he used Spike 80DF, also known as tebuthiuron, and the trees "definitely will die." The caller signed off with, "Roll Damn Tide."

Hateful. Cruel. Why would you do that to trees?! Who would stoop to such extreme and terrible actions!

But do you ever watch what goes on in your heart when rivalries get out of hand? I’ve seen people act as if their lives are ruined when their team doesn’t win. Moody, grouchy, angry, often asking for a coach’s head! Just listen to the pundits on sports talk radio, raging podcasts, TV or social media threads.

People allow passions to overflow and the world around us feels their wrath. There are parts of human nature that lead us to envy the success of others, or to become jealous of their victories which can lead to even more intense feelings. We want the glory in life but “they” have it. Wars have been started over petty rivalries. Families split and friendships get jacked up. We need to be aware of these realities in us and around us during Rivalry Week.

In the Bible there were two friends named King Saul and David. David was a young man who fought on behalf of his king and his people. His victories were great, his reputation growing, and his friendship with Saul started to go south. Why? Listen to this account from the Old Testament book of 1 Samuel:

As they were coming home, when David returned from striking down the Philistine, the women came out of all the cities of Israel, singing and dancing, to meet King Saul, with tambourines, with songs of joy, and with musical instruments. 7 And the women sang to one another as they celebrated, "Saul has struck down his thousands, and David his ten thousands." 8 And Saul was very angry, and this saying displeased him. He said, "They have ascribed to David ten thousands, and to me they have ascribed thousands, and what more can he have but the kingdom?" 9 And Saul eyed David from that day on (1 Samuel 18:6-9).

Saul begins to lose it because he is compared to David in a way that portrays him as lacking. Saul allows envy to lead to jealousy which then transforms into anger. If you read on in the story, he goes on a murderous rampage to attempt to eliminate his rival!

Now add this teaching from Jesus to the mix as we look at our own hearts:

Is he really saying that murder begins in the heart? And that anger in heart is equal to murder?

Though you may not be willing to kill trees, let alone people, certainly the reality of envy, jealousy, anger, and hatred do rise in us and twist our souls, producing negative effects we may not even be aware of.

As we engage with Rivalry Week, keep your hearts humble and keep the priorities in place. We don’t need to have our week ruined if the Buckeyes or Wolverines lose. We don’t need to allow anger to flow forth because the Blue Devils win a basketball game. Your family doesn’t need a moody sports grouch growling around the house because your gods—I mean your team—have let you down.

Sports is not our hope, our highest love, or the source of our identity. Is it? If it is, then repent and learn to enjoy the game whether your team wins or loses to its rivals. Tomorrow we head to the positive, helpful, and good part of the rivalry story. There is much we can learn and many ways to grow as we compete with rivals on the fields of play. Until then, “keep yourselves from idols” (1 John 5:21).