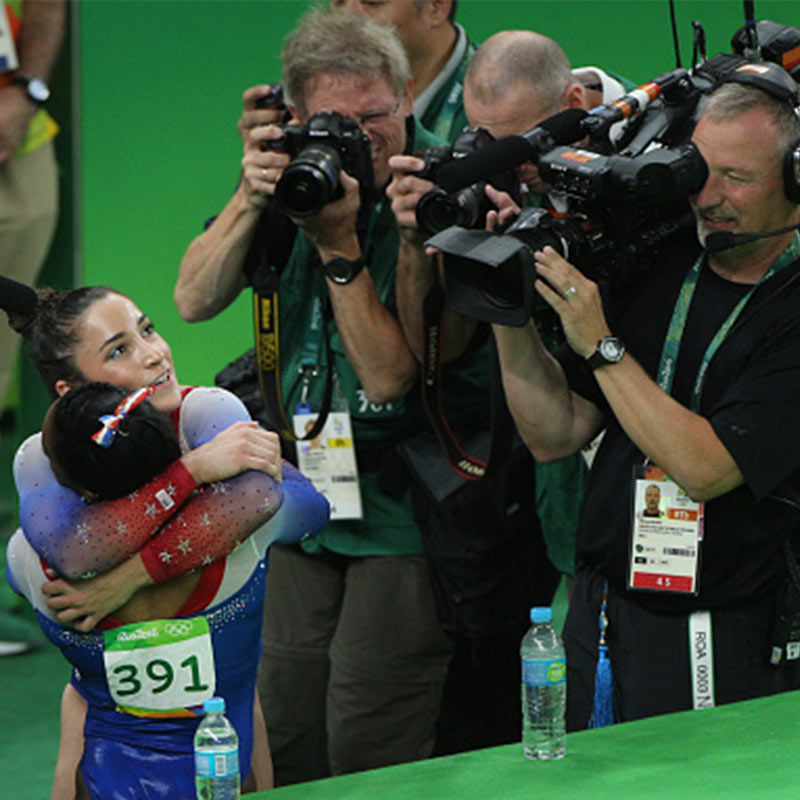 What It Looks Like to Have a Teammate's Back

We know having the support of your teammates goes a long way when the game clock is running and when the scoreboard is on, but having that same level of support from teammates outside the realm of play makes a huge impact, too.

Olympic gold medalist Aly Raisman recently voiced her concerns about the way USA Gymnastics and the U.S. Olympic Committee have handled allegations of sexual abuse by former longtime team physician Larry Nassar, challenging the organizations to respond to the crisis more in the interest of gymnasts and their overall safety rather than focusing energy on “sweeping it under the rug.”

“It doesn’t matter if you’re the Olympic champion or you’re an 8-year-old that goes to gymnastics in Ohio, or wherever you are in the United States,” Raisman said in a joint interview with USA Today and the Associated Press. “Every single kid is important, and I want USA Gymnastics to do a better job with that.”

USA Gymnastics is in the process of carrying out a concerted effort to create safer sporting environments with the help of the U.S. Center for SafeSport, but Raisman sees a lack of accountability for the federation’s culpability in Nassar’s alleged misconduct that needs to be addressed and is boldly advocating for survivors of abuse and other gymnasts.

That’s a gutsy move even for a three-time Olympic gold medalist and two-time team captain.

We saw another sign of solidarity as Seattle Seahawks Center Justin Britt supported his fellow teammate Michael Bennett by putting his hand on Bennett’s shoulder as he participated in protest to bring attention to racial inequality during the national anthem.

"Justice will not be served until those who are unaffected are as outraged as those who are"
-Ben Franklin pic.twitter.com/MSRtHDVRBe

“I’m just trying to understand the issues, trying to educate myself more in that regard and showing support,” Britt told NBC Sports.

In both instances, we see two teammates who care deeply about their fellow athletes in a way that’s costly and risky in word and in deed. Their actions don’t call for fanfare or applause, but moving from a private show of support to a public one on contentious issues takes audacity.

Using your platform to promote a healthier sport culture, leveraging privilege to fight against and bring more awareness to racial injustice or challenging governing sports bodies to do better by their athletes are just some of the ways to be a supportive teammate on the field and off.

Being a supportive teammate can also look like assisting a teammate in injury recovery, showing up in a time of need, showing compassion to a player who’s made questionable decisions, or sticking up for someone being mocked or bullied.

Being an ally to your teammate means being tethered together and saying with your words and actions, “What you care about, I care about. What hurts you, hurts me. What concerns you, concerns me.” It means being willing to suffer and rejoice together as one. (1 Corinthians 12:25-26)

Stories of solidarity can be found all over scripture. Esther used her power of persuasion, credibility, and status as a queen to carry out a plan to save her community from certain death even if it meant risking her own life. (Esther 4) It was her courage and willingness to stand up in times of adversity that made possible Mordecai’s counter decree to halt Haman’s plot to annihilate what was left of the Jewish community in Persia. (Esther 8)

Ask yourself who you’re willing to sacrifice, time, energy, resources, power, position, and popularity for. Who’s willing to lay all those things on the line for you?