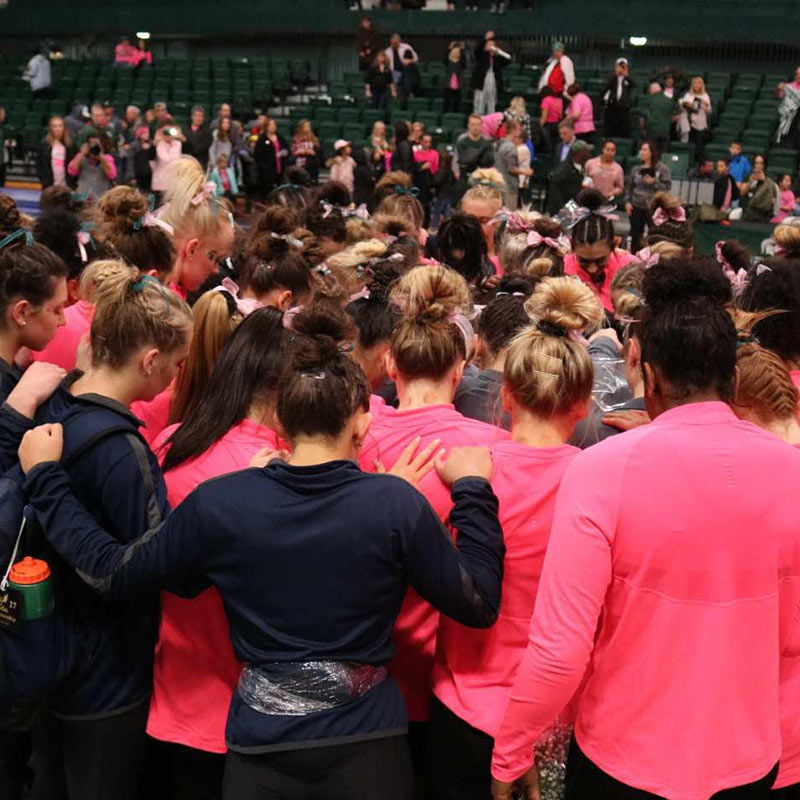 We Need to Talk About What This Rutgers Gymnast Did 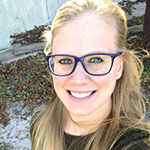 The music blared as the final event came to an end.

Hundreds of people gathered at Jenison Fieldhouse in East Lansing to watch the quad meet hosted at Michigan State on January 27th. The room filled with anticipation as the final points were tallied. In just a few moments, the winner of the evening’s events would officially be announced.

Behind the scenes, in the midst of this intense competition, a plan was developing. A handful of gymnasts from Rutgers wanted to do something for the Michigan State gymnastics team in light of the Larry Nassar trial and sentencing. They knew that the team had been affected and had received plenty of hate directed toward their program in lieu of the trial. The Rutgers’ gymnasts and others around the country wore teal ribbons to represent sexual abuse awareness that Saturday during competition; however, it seemed like they should do more.

The awards for each event were given out and a hush fell on the crowd. Fourth place Pittsburgh, third place Rutgers, second Eastern Michigan and first place...Michigan State!!!! Whoooo! The fight song began to play and hundreds sang along as spectators filed out of the Fieldhouse. But the teams remained on the floor.

Libby Groden, a senior from Rutgers, gathered the teams together to create a close-knit huddle and led them all in prayer.

As I stood watching this beautiful scene, two moms stood beside me. I told them why the girls were huddled together and both had tears that filled their eyes. They were greatly moved by the support their daughters were receiving.

After the prayer, I spoke with Libby. I asked her why she and her team wanted to pray for the girls.

“I think we just wanted to let them know that we stand with them as we do with all teams and gymnasts. This is much bigger than individual teams and we just wanted to show our support of them. We wanted to pray that God continues to heal them and help them move forward, MSU specifically, but also anyone, athlete or gymnast that has been affected by this whole thing.”

Watching an athlete use her sport’s platform to openly glorify the Lord was one of the most incredible things I’ve witnessed during my time on staff with Athletes in Action. Libby’s boldness in spiritually leading those four teams impacted so many people.

Hailee Westney, a senior for Michigan State, had this to say about the post meet prayer gathering:

“The prayer meant more than words to the MSU Gymnastics team. So much had happened in the past week, from emotions and feelings of disappointment, anger, sadness, and brokenness. Despite having to go compete against these other amazing teams on Saturday, it was comforting and brought so much joy to know that we have built a community—more importantly, a family—that only wants to support and stand by us. 1 Peter 1:6-7 says, ‘In this you greatly rejoice, though now for a while, it need be, you have been grieved by various trials, that the genuineness of your faith, being much more precious than gold that perishes, though it is tested by fire, may be found to praise, honor and glory at the revelation of Jesus Christ’. This verse reminds me that suffering is part of life and God uses these trials and tribulations to make us come out stronger. He wants us to rejoice in the adversity that we’re faced with and live by faith knowing He will fulfill His promise and purpose for us. I believe God was speaking to all our teams at the meet through this prayer, to let us know that we’re never alone and when we walk with Him, everyone will come together and become stronger together. This prayer symbolized how powerful God’s love is, and made our team feel like we matter and have people that will always have our back through thick and thin.”

Michigan State freshman and overall winner of the night’s events, Lea Mitchell said, “The prayer meant a lot to me because it goes to show that we are not alone through this whole process. It shows that other people and teams understand what we are going through. It also made me feel so rejoiced to know that despite being in competition, we can come together and serve our Lord. It was so special because I have never seen teams come together and pray. It was a memory I’ll never forget.”

On January 27th, Michigan State’s win was well earned and will be remembered by many. However the greatest victory that night was a girl stepping out in faith and pointing others to Christ in the midst of suffering and pain.

“Carry one another’s burdens, and so fulfill the law of Christ” (Galatians 6:2).

Hannah Wilson is on staff with Athletes in Action at Michigan State. Hannah graduated with a degree in Psychology from Georgia College and State University and is on a first name basis with her local coffee barista. You can find her on Twitter @hannahfaith09.
See more from this author >>