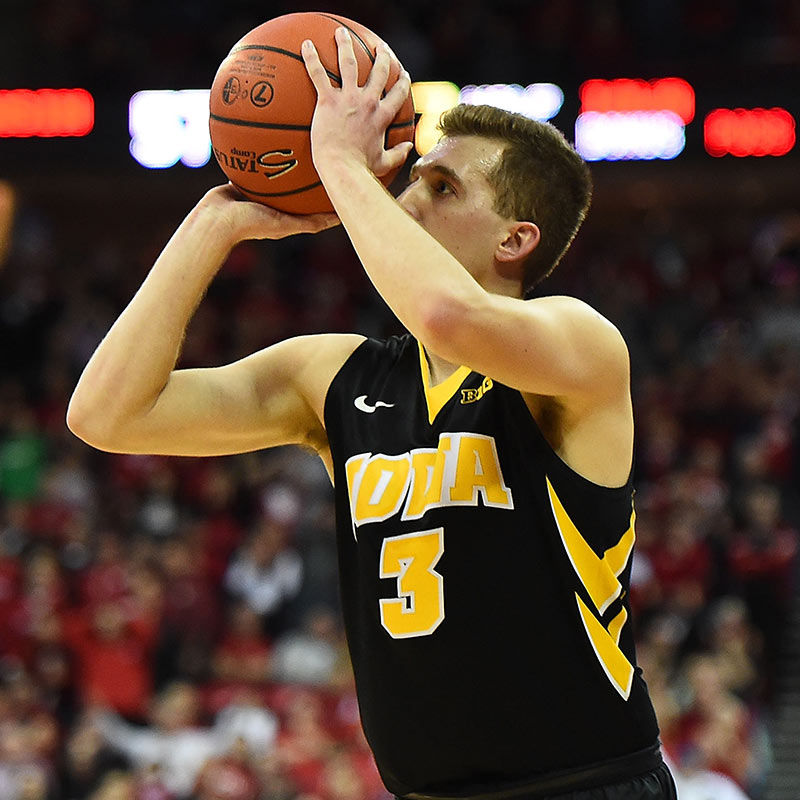 We Need to Talk About What Jordan Bohannon Did

Iowa’s Jordan Bohannon stepped to the free throw line late in the game on Sunday. His team trailed the Northwestern Wildcats by 8. Bohannon had made 34 straight free throws to tie the Iowa record with former Hawkeye Chris Street. With the game on the line and a chance to break the record, Bohannon missed.

He explained after the game:

Bohannon, who pointed to the sky after he missed the shot, will remain tied with Chris Street at 34 made free throws in a row. Street never had the opportunity to extend his streak as he died in a car crash during the ‘93 season. The Hawkeyes honored his memory earlier in the year with a “Chris Street Forever 40 Memorial Game.”

His coach Fran McCaffery, who was aware of what Jordan planned to do, thought about discussing it with him. In the end, he left the decision to Jordan.

“I think it’s awesome,” McCaffery explained. “He points to the sky and missed it. It says a lot about him.”

Amidst swirling rumors and allegations with the ongoing FBI investigation into corruption in college basketball, this moment was a refreshing reprieve.

I don’t know if there was any motivation derived from faith that drove Bohannon to do this, but I do know that his decision illustrates what the gospel looks like when lived out. This “miss” and the reason behind it produced aroma of redemption in a sports context at a cultural moment that badly needed it.

And that is the beauty that sports can bring us. While a handful of NCAA basketball programs will receive harsh sanctions in the coming months after breaking the rules in an effort to win, this moment shows the other end of the spectrum. A player who has a free, legal opportunity to make his own history and keep his team alive, chooses to purposely miss. And we are all better for it.