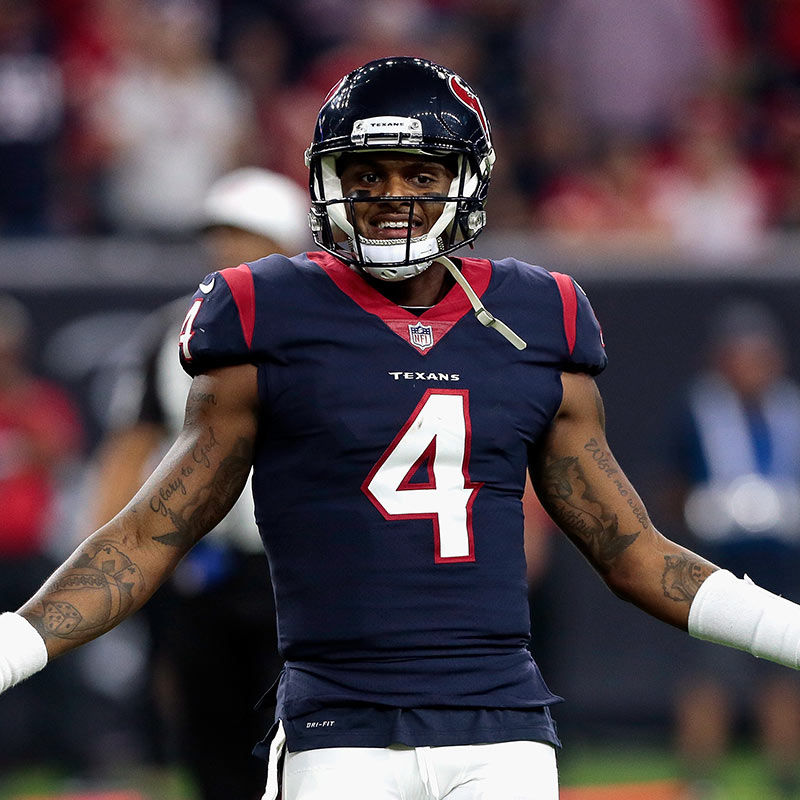 We Need to Talk About What Deshaun Watson Did

Houston Texans rookie quarterback Deshaun Watson wanted to do something that mattered, wanted to tangibly give back to families affected by the flooding from Hurricane Harvey.

Instead of just thinking about it, he donated his first-ever NFL game check ($27,553) to three cafeteria workers who work in the Texan’s NRG Stadium, telling them, "For what you all do for us every day and never complain, I really appreciate you all, so I wanted to give my first game check to y'all to help y'all out in some type of way.”

As Watson handed them each an envelope, he said, “Hopefully, that's good and that can get you back on your feet. And anything else y'all need, I'm always here to help.”

Watson isn’t the first athlete to ever make a financial contribution in the aftermath of a natural disaster, as his own teammate J.J. Watt helped spur millions of dollars ($37MM+) worth of donations to help aid in the recovery process on behalf of those heavily impacted by Hurricane Harvey.

Instead of buying a supercar, a house, or an elaborate toy, he chose instead to use his first few dollars to pay it forward to bless others. And it’s that spirit—the spirit of humble generosity—that is so foreign in a society filled with self-interest, that as onlookers, we take notice.

Once the media took notice of Watson’s charitable giving, it was then uncovered that he and his family were the previous recipients of a similar act of kindness--receiving a house from Habitat for Humanity when he was younger. Years later, in cyclical fashion, Watson is able to leverage the moment, do his part, and use his platform and finances to bless others and pay it forward.

In a recent interview with NBC’s Football Night in America Watson was asked, “What drives you to be a leader on the field, in your family, and throughout the community?” His response was insightful:

“Just my supporting cast [their example] and the people that I’ve been around. It started with my mom [who taught him to keep God first]...Coach [Dabo] Swinney always told me, ‘Don’t just be a leader, be a serving leader. Serve others and you’ll be able to bless others. That’s going to take you further in life.’ So that’s what I’ve always wanted to do.”

More than just a concept or catch-phrase this servant heart of “paying it forward” is rooted on biblical principles that challenges the norm. Often referred to as “The Golden Rule,” Matthew 7:12 encourages us to live with the heart and action of treating others the way we would like to be treated.

Meanwhile, Philippians 2:3-5, offers its own grace-filled philosophy of life: “Do nothing out of selfish ambition or empty pride, but in humility consider others more important than yourselves. Each of you should look not only to your own interests, but also to the interests of others.”

So how might we train ourselves to live this way?

Put down the selfie stick. Living in society in which selfie is part of the culture’s language makes looking out for the wellbeing of others seem completely foreign. By default we’re selfish people who naturally lookout for our own interests and promote our own efforts—demonstrated everyday on social media and in person—but this gospel-centered change in approach counters the status quo and more accurately reflects the heart of Christ and our relationship with God.

Change your perspective. As we our enamored with ourselves, it is easy to simply look into the mirror and see only our own world, our own problems, our own culture, and our own needs. However, as Christians we’re called to actively and lovingly exhibit Christlikeness intentionally toward outsiders—despite any prejudiced considerations of race, religion, socio-economics, or other potentially divisive characteristics.

By changing your outlook and being active in your community, volunteering, and empathizing with issues that impact others, you’re more apt to act on the behalf of others when it’s in your ability to do so.

Be generous. Genuine generosity—with no ulterior motive other than to bless others—restrains our selfish tendencies. Every day, simple acts of kindness through giving time, encouraging words, emotional energy, or money can helps temper our self-centered drives. This resolves itself tangibly in purchasing a latte for the next in-line, raking the leaves of an elderly neighbor, changing the tire of a stranger in need, taking a meal to the sick, baby-sitting for a young couple, mentoring a teenager, etc.

As ambassadors of Christ, acts of paying it forward offer hope for the hopeless and light to a darkened world. Practicing this kind of love transcends terrorism, economic crises, and other social ills and helps provide humanity a brighter future that reflects the character of Christ and the eternal Hope that God has given us.

So pay it forward!