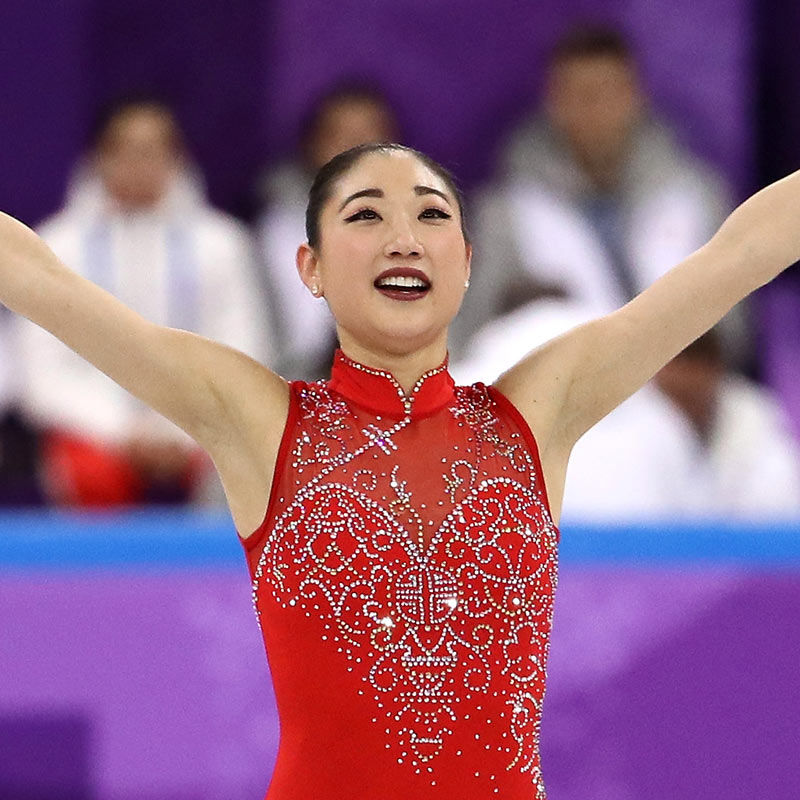 It’s safe to say that Mirai Nagasu and Chloe Kim have had a pretty good week at the Winter Olympics. One became the first American woman to land a triple axel in the Olympics Games while helping her team win bronze in figure skating and the other became the youngest woman to win snowboarding gold at 17.

These trailblazers and so many others are lighting it up in PyeongChang! It’s so satisfying to see athletes reach their goals and the pinnacle of their careers (not to say that these two are done being sport phenoms by any means) because I’m sure the road leading up to their huge success was long and presented difficult challenges.

So, I want to speak to those trailblazers from all disciplines who are traveling tough roads with steep inclines, unlevel pavement and potholes that pop up out of nowhere. Here’s to those role models walking that narrow, lonely road, those soon-to-be barrier breakers, and those path makers on the brink of doing something that’s never been done before.

Here’s three pieces of encouragement for your journey.

Stay focused. Stay dialed in on your mission. Distractions will come in all forms. At times your frustration levels will be higher than you’ve ever imagined. The fruitfulness of all the work you’ve put in won’t be as visible as you think it should be. You’ll be tempted to throw in the towel. I beg you to keep going. Stay the course. Keep doing the right thing. The trials you face are temporary and aren’t intended to derail you, but to fortify you (James 1:2-4).

There will be those who will constantly question your effort and some will expect you to fail. As unfortunate as it is, there will be those who smile in your face and secretly hope for your demise. Don’t let the whispers or unspoken agendas paralyze your progress. When you’re mocked, condescended to or not taken seriously, resist the temptation to go low as best as you can. Don’t let fear and foolishness deter you from pursuing your goals.

You are not alone. Being a trailblazer can feel lonely and isolated. The reality may be that you are the only minority in your workplace, lecture hall, or classroom. There’s high possibility that you will be misunderstood and the mentors in your area of expertise do not exist or are hard to find. It may seem like you’re all by yourself, but you are not doing anything alone (Isaiah 41:10).

Lean on the ardent defenders and fierce advocates in your life who love you well. Seek counsel from those who are interested in seeing you thrive. That could be a parent, a pastor, a therapist or a host of friends in your group chat—or everyone I just mentioned! It is ok to ask for help.

Be Yourself. There will be pressure to assimilate, to fit into a box, and to sanitize your unique style.

There will be attempts by the outside world, by detractors on social media and others to tell you who you are or who you should aspire to be. They will put limits on your abilities, project their insecurities on you, and try to convince you that your uniqueness is a problem rather than your strength. Don’t believe those alternative facts! How you naturally reflect the image of God will do just fine.

Don’t doubt what God has put inside of you because your gifts aren’t widely celebrated or valued. Don’t second guess who God has designed you to be. God created you for a time such as this and to bring Him glory the only way you can. Don’t hide your light (Matthew 5:14-16).

There’s no one in the world who can be you better than you can. By being yourself, you have the opportunity to give others permission to be themselves as well. You may be the inspiration a child needs to realize their God-given potential as Jamaican bobsledder Jazmine Fenlator-Victorian explains.

“It’s important to me that little girls and boys see someone that looks like them, talks like them, has the same culture as them, has crazy curly hair and wears it natural, has brown skin-included in different things in this world” Jazmine Fenlator-Victorian #PyeongChang2018 pic.twitter.com/9vfJ0FK1wL

So shine bright. You’ll need to since you’ve got a trail to blaze.