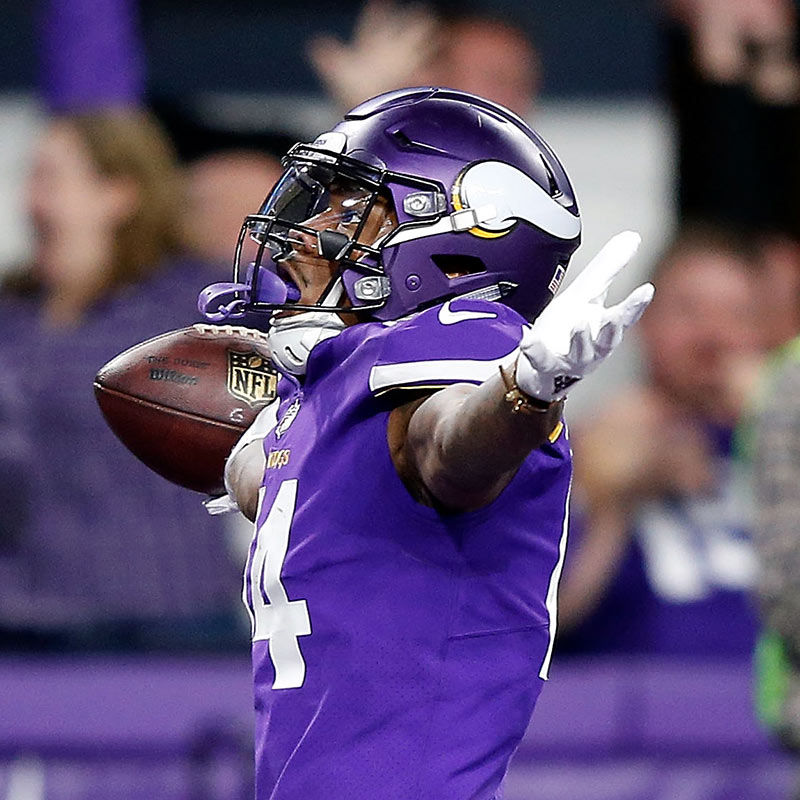 The Minnesota Miracle and Everlasting Hope

Hollywood script writers couldn’t dream it up any better.

It was desperation time for the Minnesota Vikings late in the fourth quarter during Sunday’s divisional game against the New Orleans Saints and the odds didn’t look good. Vikings fans had a feeling this one wouldn’t end well. They’ve seen devastating playoff losses play out in dramatic fashion before.

Down three points with 10 seconds left on the clock, quarterback Case Keenum was hoping to throw a pass to get within field-goal range to give his team a chance to tie the game and head to overtime.

Instead he connects with Stefon Diggs for a 61-yard game-winning walk-off touchdown play called “Seven Heaven” to snatch victory from the Saints and punch the team’s ticket to the NFC Championship Game with a chance to play for a Super Bowl title at home. Cheers from the crowd may still be reverberating off the stadium walls.

Stefon Diggs sends the Vikings to the NFC Championship with one of the craziest plays in NFL history! #NOvsMIN pic.twitter.com/FucVlOazmW

“It’s a storybook ending — and it never ends that way,” Diggs told the Star Tribune. “Usually, it’s reality. It’s real life. Things go, you walk home and worry about tomorrow. But today had other plans. I give it all to God, because things like this just don’t happen.”

There’s something special about walk-off homers, buzzer beaters, hole-in-ones and last-second touchdowns that inspire us to be a bit more hopeful.

The Minneapolis Miracle reminds us that even when all the odds are pointing toward defeat, when victory seems unlikely and when it’s hard to believe in a positive outcome, there’s always hope, there’s always a chance.

Sometimes improbable wins help me reinforce the hope I have in Christ and my understanding of who Jesus is as a miracle worker in my life and in the lives of others.

Unlikely victories help me drive home the fact that when I face less than favorable odds, I serve a God who specializes in the impossible, the unimaginable, and the unexplainable.

I remember how God parted the Red Sea and allowed Moses and the Israelites to walk on dry ground (Exodus 14:21).

I remember how God kept Hananiah, Mishael, and Azariah (Shadrach, Meshach, and Abednego) from the flames of the fiery furnace (Daniel 3: 8-26).

I remember how Jesus healed the woman with the issue of blood on His way to raise Jairus’ daughter from the dead (Mark 5:21-43).

I remember His provision for the five thousand when He turned five loaves of bread and two fish into a feast (Matthew 14:13-21).

I remember Jesus commanding a lame man lying at the pool of Bethesda for 38 years to take up his bed and walk (John 5:1-18).

I remember how David slayed Goliath with sling and and a stone (1 Samuel 17).

To be clear, I’m not saying God wanted to the Vikings to win. The victory simply triggered some truths about the victory I have in Jesus. It boltered my belief that nothing is too hard for God.

In Him, there’s always hope to turn our lives around.

In Him, there’s always hope to heal from our hurt.

In Him, there’s always hope to restore broken friendships.

In Him, there’s always hope to recover for the damage done in our relationships.

When things look bleak in my life and it seems like all hope is lost, improbable wins help refresh my memory that God is the ultimate play caller and game clock manager. I always get to claim victory when He’s calling the plays.