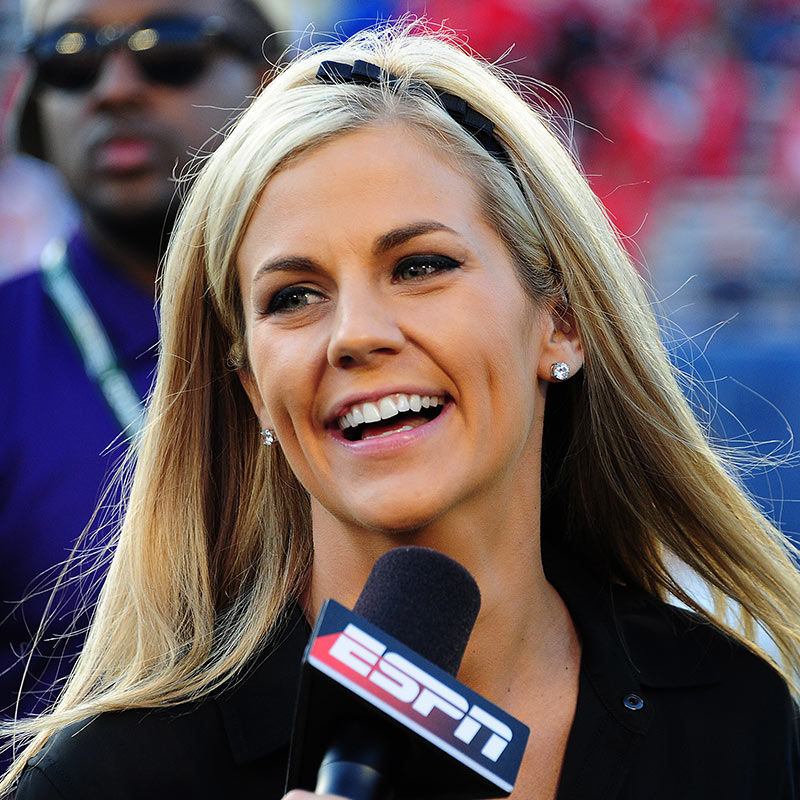 The Gospel According to Sam Ponder

ESPN’s “Sunday NFL Countdown” host Sam Ponder is speaking up. And we are listening. ESPN’s recently announced their partnership with Barstool Sports, a platform known for their crass sense of humor and objectification of women—one of whom being Sam Ponder. In a post dating back to 2014, Barstool Sports’ president and founder, Dave Portnoy called Ponder a “BIBLE THUMPING FREAK,” among other things (All caps were his choice, not mine).

One can understand Ponder’s frustration when her employer decided to partner with this group for a late night show which will air on ESPN 2.

So what did Ponder do? A couple things.

First, she drew attention to Barstool Sports’ past misconduct towards her in a tweet that seemed innocent at first glance. She said, “Welcome to the ESPN family @BarstoolBigCat (& welcome to all ur minions who will respond to this so kindly).” This was drenched in sarcasm.

Attached to the tweet were two screenshots from Barstool Sports’ 2014 post. Ponder was not welcoming them to the family. She was calling out their history of wildly inappropriate and offensive behavior—towards her.

She was predictably attacked online yesterday for calling out ESPN’s newest partner. Comments attacked her looks, her past mistakes, and analyzed many of her recent viewpoints in an attempt to show her hypocrisy.

Ponder did not back down. Instead, she used this platform, to preach the gospel. And she preached it to the army of social media minions looking to dig up any dirt on her possible. In a four-part tweet, Ponder had this to say:

1/4 Let me save some researchers time😂: I have been immature at times. I’ve been unkind. A gossip. Insecure. Prideful. Selfish. Legalistic. Self-righteous. & on & on. This is my story. My testimony. I’m not who I was. I didn’t have to stay that way.

2/4 The sins & immaturity of my past do not mean I can never speak up for what is right & good. & I have no problem taking the heat that inevitably comes. “You hypocrite!” Yes, yes I have been one. Many times, actually. This is my story. A mess of a human, saved by grace.

3/4 I can simultaneously admit my own flaws & failings & say yes, I am disappointed that we are promoting a company name that still maintains support for horrific personal attacks against multiple women within ESPN.

4/4 I am speaking up not to say “I am perfect, be like me” but rather “where do we draw a line, what are our standards?” I don’t meet my own standards sometimes. This does not mean we throw the standard away. This means we get better. We speak up. We listen. We get better.

But, her story does not end there. She boldly claims “I am not who I was.” She goes on to explain how she is a “mess of a human, saved by grace.”

Sam Ponder provided us with a beautiful blueprint (that maybe she took from Paul in Acts 22?) on how to use our testimonies to show the world what Jesus can do if we surrender to him.

Sam Ponder responded to a hateful crowd with the message of the gospel. May we do the same when faced with similar circumstances.