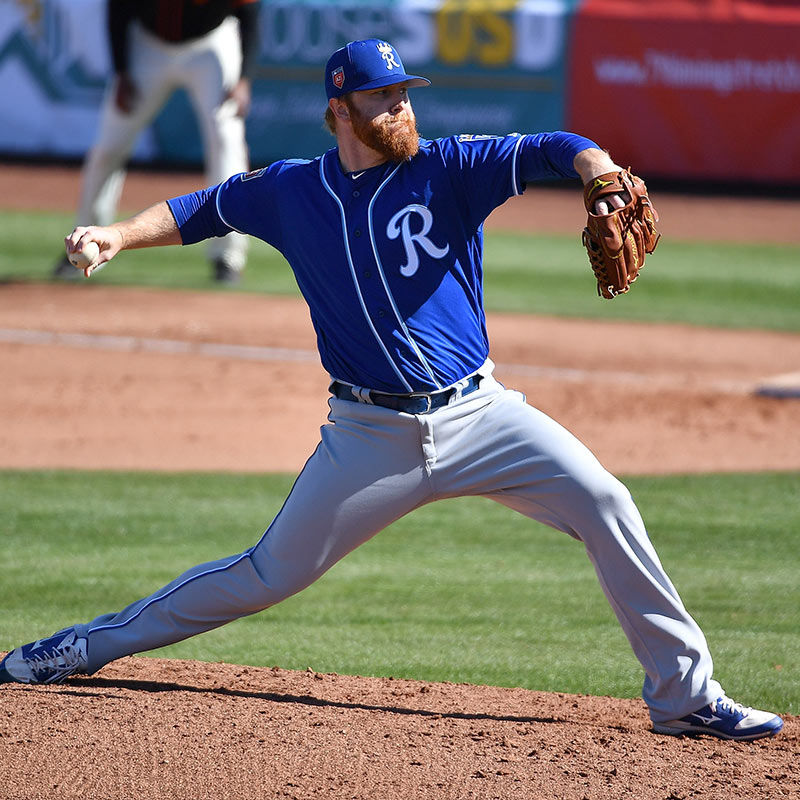 The Best Thing I Learned From: Blaine Boyer

Do you remember the movie Taken?

The plot centers around human trafficking. The main character’s daughter and her friend are kidnapped in Paris and sold as sex slaves. Liam Neeson plays a former CIA operative who goes on a mission to bring his daughter back alive and eradicate the traffickers. There have been two additional movies since the original in 2008.

I met up with Blaine last year when he was in Cincinnati, and we sat in the dugout at Great American Ball Park before a game and talked about his life-changing experience.

The father of two went to Southeast Asia for 10 days in 2016 with LaRoche, who retired in 2015. This was not a vacation but a mission to help people who were victims of human trafficking.

“Adam and I were thrown into a situation that changed our lives forever,” Blaine told me. “It went from scary, to fulfilling and everything in between—from confusion to jubilation. It wrecked us both.”

Blaine and Adam were involved with The Exodus Road, an organization which strategically fights human trafficking. They went undercover and took video of what happens inside the dark brothels to help stop this "business."

According to the National Center for Missing and Exploited Children, one out of six runaways will be bought and sold into the sex industry. Numbers from the National Human Trafficking Hotline provide astonishing statistics. Since 2012, they have fielded more than 156,312 calls and received more than 11,058 emails. They have launched more than 40,200 cases and have reported 45,241 victims. In 2016, there were 7,500 cases. In the United States, California had the most incidences in 2015 with 1,300 reports.

The last statistic I’ll throw at you comes from the International Labor Organization (ILO) which estimates there are about 20.9 million people being sold and trafficked around the world. The majority are young women. Perhaps the most disturbing figure in all of this is that the "industry" recently brought in $44.3 BILLION.

“When we came back to the states, we knew we had to be involved with this mission,” Blaine said. “We had to do something.”

Instead of being on the diamond, they found themselves in brothels as undercover operatives. Over the years, they have become used to seeing little boys and girls at ballparks with their families eating ice cream and watching America’s favorite past time. Now, they saw children and young adults being sold into slavery for profit.

“It just ruined us,” he added. “We were in some nasty situations. It broke our hearts, and now this is what the Lord has called us to do—to fight for these people who have been stolen.”

Blaine and Adam found themselves in some sticky predicaments. If they made a wrong move while inside the brothel, they would be killed. “We were in deep,” Blaine said. “But that is why we were there—something needed to be done.”

Blaine’s prayers and focus changed at that moment. “Lord, let me see people the way you see them. What breaks your heart, let it break my heart too.”

That is exactly what God did for him. “I could hear the Lord telling me, 'This is what I have for you boys to do.’”

Many athletes have a foundation while others help fund hospitals. That is needed and applauded. But Blaine sails the flag of human trafficking both domestically and internationally.

“We have spoken to a lot of non-government organizations and some non-profit ministries,” he said. “But the one we have become intimately involved with is the DeliverFund.” Adam currently invests time and leadership by sitting on the Board of Directors for the organization.

The Best Thing I Learned From Blaine Boyer: Do something! You and I know there is a problem, but sometimes we are content to think guys like Blaine and Adam will take care of the issue. I can’t just go to Asia, but I can write about the topic and hope someone who has the resources can. My conversation also made me appreciate my children, even though they are grown men. I can’t imagine anything terrible happening to them.

I volunteer and speak on behalf of our local Right to Life society, but I feel I can do more. I have discussed legislation with state and federal officials about Pro-Life issues—but I can do more.

What could you do to help children you don’t know personally but are suffering every day? Short of putting your life on the line for them (like Boyer and LaRoche did), is there some other way you can invest time or money or words to affect their cause?

Jesus seemed to pay special attention to the needs of suffering children. What would it look like for you to invest on behalf of enslaved kids today?

But Jesus said, 'Suffer little children, and forbid them not, to come unto me: for of such is the kingdom of heaven’ (Matthew 19:14).