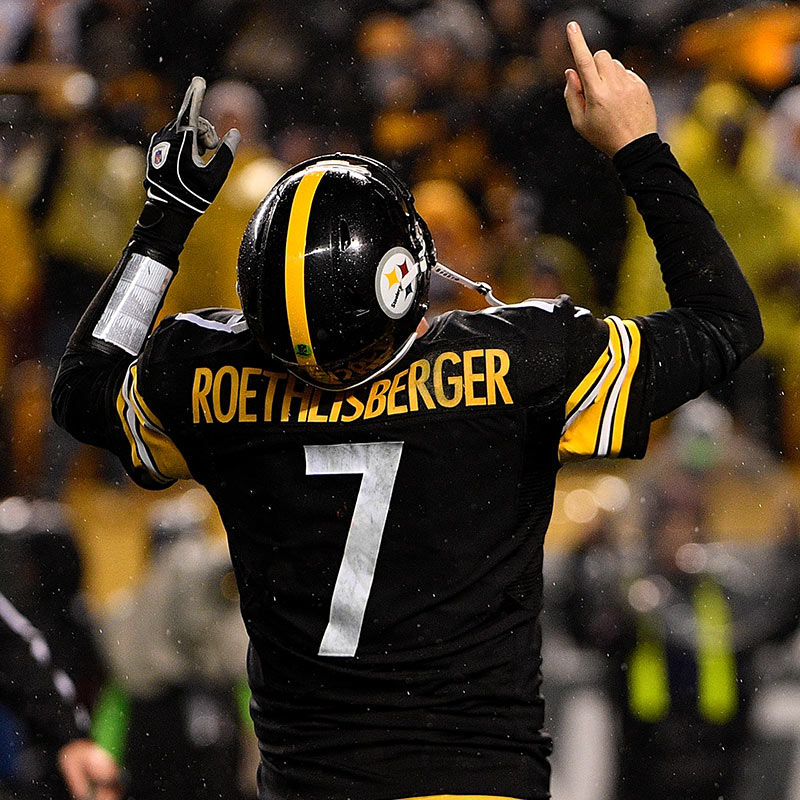 The Best Thing I Learned From: Ben Roethlisberger

A song can make a difference. It can lift your spirits and make you feel good, sad, mellow or festive. Or, it can challenge you to force yourself to look in the mirror.

Just ask Pittsburgh Steelers quarterback Ben Roethlisberger. He shared his testimony with me after he led the Steelers to a 23-20 win over Cincinnati on Monday Night Football. I had received permission to chat with the two-time Super Bowl champ about his faith.

A few years back, his public image was challenged. We all go through difficult situations in life. Some you cannot help, while others are self-inflicted.

He grew up in a fundamental church in Lima, Ohio and was taught right from wrong.

“When you are thrust into success, and early success, it’s easy to lose your way and forget about the fundamentals you were taught,” he admitted.

Dark clouds loomed for a year or two until he felt a tug to get close to God, once again.

The song Lose My Soul was playing on the radio when he was in the car one day. It hit him harder than a blindside blitz.

“The spirit grabbed me,” he said. “It was at a time in my life when I needed to hear it.”

He told me he was emotional and broken in the car. “I just cried,” he said. “I had it all by some standards but all that really mattered was protecting my soul.”

The devil has a plan for all of us. He wants nothing more than our complete destruction. If he can take us out in an all-out blitz, he will.

Satan had Ben in his sights and tried to set him up for the biggest fall of all. But since then, he has found redemption and is not afraid to demonstrate his trust in God. I’ve been there too – we all have at one time.

“My faith means everything to me,” he said. “I play for Him. He comes first, before my family, before football. I give him all the praise and glory. He’s been too good to me to walk away from.”

But he has shaken off the dust of the past and risen to new heights. He is determined to exhibit his faith and trust in the Lord and play football at the highest level.

“I press toward the mark for the prize of the high calling of God in Christ Jesus” (Philippians 3:14). What do football fans think when they see him point to the heavens or kneel in prayer before a game? I hope they see it as a gesture of thanks. He is showing gratitude for the price Jesus paid on the cross.

The best thing I learned from Ben Roethlisberger: No obstacle from our past can hinder us in our destination to find God—except for ourselves. Once we get out of the way and get back in His will, we find it easier to throw a touchdown against the devil’s defense.

Del Duduit is an award-winning writer and author who lives in Lucasville, Ohio with his wife, Angie. They attend Rubyville Community Church. Follow his blog at delduduit.com and his Twitter @delduduit. He is represented by Cyle Young of Hartline Literary Agency.