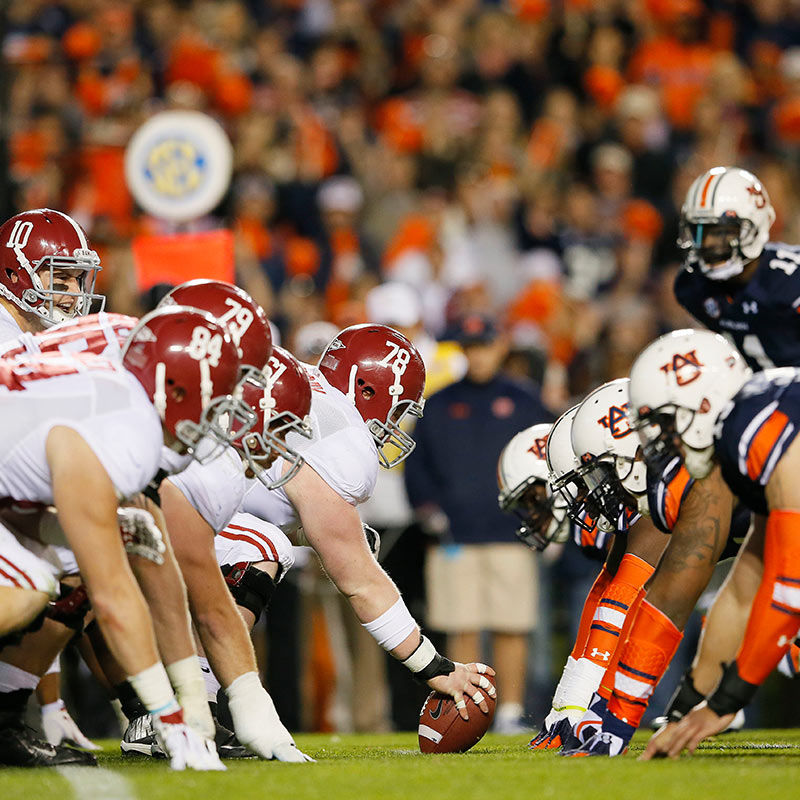 10 Things I Know to Be True of Southern Rivalries

Maybe it’s just me, but I think rivalries in the South tend to have a different level of intensity to them.

Growing up in Alabama helped me come to that conclusion. For Alabama and Auburn fans, there’s more at stake on the fourth Saturday in November than bragging rights. I’ve learned that it’s about power, faith, loyalty and belief. The same thing goes for rivalries across the Southeastern Conference. This isn’t an exhaustive list, but here’s some observations about rivalries below the Mason-Dixon line.

#1 Fans recognize that there’s power in prayer. Stadiums turn into sanctuaries when fans know their team is about the clinch a victory or bracing for a heartbreaking loss. Palms are pressed together either way.

#3 It doesn't matter if you’re an alumnus or if you’ve never stepped foot on either campus. You must choose a team.

#4 Passion can lead people to name their kids after their favorite team or lead a fan to get a full portrait of Paul “Bear” Bryant tattooed on their back.

#5 Rivalries can make people risk it all. Folks won’t pay their rent or their house note on time and will spend thousands of dollars they don’t have to spend four hours with a few hundred-thousand of their closest friends.

#6 If you want people to come and wish you well in matrimony, it may be best not to plan your wedding in the fall in the South. Same goes for funerals.

#7 Seriously, you may be better off not planning a major life event or anything of true importance unless it’s a get together to watch the game.

#8 Alabama/Auburn isn’t the only storied rivalry in the state. The rivalry between Alabama A&M/Alabama State is just as passionate, but has a bit more style.

#10 As much as rivalries can bring out the best in us and expose the worst in us, the opportunities to have frank conversations with fans about faith and belief are plenty.