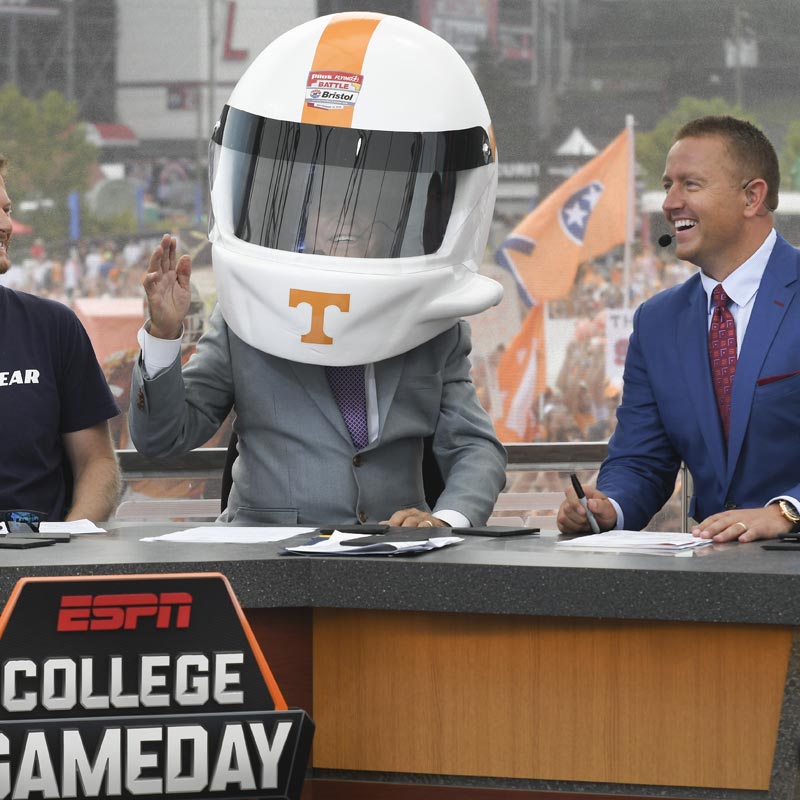 On Polls and Predictions and a Sovereign God

Last night, two polls came out that captured the attention and imaginations of the country.

Representing the lesser of the two, the College Football Playoff Selection Committee came out with their second list of teams representing Division IA’s best.

Their work will provide seven days of fodder for debate: who should be on the list and where they fit relative to other schools, who is ranked too high, who is being ignored or disrespected and why. We love these lists, and the media, perhaps especially, have come to depend on them to fill hours of talk radio and TV during the latter half of the college football season.

But with all the predictive force that numbers and trends and remaining strength of schedule lend to the discussion, nobody really has any idea how things will finish, with games still to be played with all their unpredictable details yet to be determined.

A far more significant set of exit polls and election results captivated our country in the hours following the football poll’s release, with a Presidential race finally culminating in what most consider the most stunning win for a candidate across the history of elections.

Donald Trump’s shocking win over Hillary Clinton—no, the very fact of those two names being what Americans had to choose from—reminds anyone with a Biblically framed mind that God is in control of outcomes and the strangest things will happen in spite of ourselves.

As humans, we like to think we’re in control of our outcomes, that our powers of reason and ability to make insightful claims about how the future will play out lies within our reach. And as people’s opinions vary regarding both football lists and Presidential outcomes, we can always find someone who guessed right and thus feels they knew all along what would happen.

But this truth remains: only the Lord knows the future. Only God knows the unforeseen changes of heart, the unexpected choices, the seemingly random circumstances that affect outcomes in ways that cannot be predicted.

A team-altering injury. A 9th inning rain delay that shifts momentum. An official’s call or non-call at any moment of the game. A fitful night of sleep that leaves someone less able to perform. Prejudices and biases and unresolved conflicts that weigh on in-game choices between players, coaches, officials/umpires/referees.

Selective silence at pre-election exit polls. The irritability of voters. A reaction against media as much as a candidate. The prejudices and biases that control narratives but are still limited in their scope and ability to influence. How people interpret the same data in radically different ways.

Whether talking sports or politics, all these things and more remind us that predicting the future always has been and always will be a dicey business, educated guesses still being only guesses flowing from an inexact science.

But One reveals Himself as knowing the future while sovereignly controlling the details that produce outcomes of both silly games and history changing elections. It helps to remember what He says about Himself.

In this season of polls and predictions, here are 12 verses to reflect upon:

Proverbs 21:31 “The horse is made ready for the day of battle, but victory rests with the LORD.”

Proverbs 21:1 “The king’s heart is a stream of water in the hand of the LORD; he turns it wherever he will.”

Psalm 135:6 “Whatever the LORD pleases, He does, in heaven and in earth, in the seas and in all deeps.”

Isaiah 46:10 “Declaring the end from the beginning, and from ancient times things which have not been done saying, ‘My purpose will be established, and I will accomplish all My good pleasure.”

Daniel 4:35 "All the inhabitants of the earth are accounted as nothing, But He does according to His will in the host of heaven And among the inhabitants of earth; And no one can ward off His hand Or say to Him, 'What have You done?'”

II Chronicles 20:6 "O LORD, the God of our fathers, are You not God in the heavens? And are You not ruler over all the kingdoms of the nations? Power and might are in Your hand so that no one can stand against You.”

Isaiah 43:13 "Even from eternity I am He, And there is none who can deliver out of My hand; I act and who can reverse it?"

I Chronicles 16:31 “Let the heavens be glad, and let the earth rejoice; And let them say among the nations, ‘The LORD reigns.’”

I Chronicles 29:11 "Yours, O LORD, is the greatness and the power and the glory and the victory and the majesty, indeed everything that is in the heavens and the earth; Yours is the dominion, O LORD, and You exalt Yourself as head over all.”

Luke 1:51-53 "He has done mighty deeds with His arm; He has scattered those who were proud in the thoughts of their heart. He has brought down rulers from their thrones, And has exalted those who were humble. HE HAS FILLED THE HUNGRY WITH GOOD THINGS; And sent away the rich empty-handed.”

I Chronicles 29:12 "Both riches and honor come from You, and You rule over all, and in Your hand is power and might; and it lies in Your hand to make great and to strengthen everyone.”