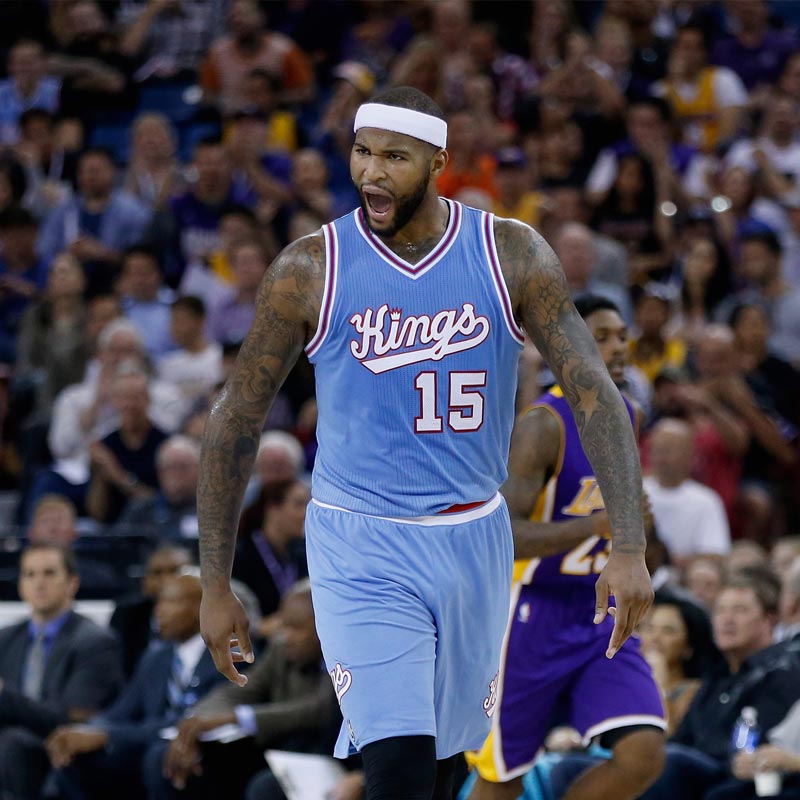 On Misused Platforms, Entitled Athletes, and The Gospel

Richard Sherman and Demarcus Cousins are dominating the competition, as well as the headlines this week, although for different reasons.

After the Seahawks impressive victory over the Rams, Sherman complained to teammates, coaches, and the media about a play call late in the game.

"I don't like it when we throw the ball at the 1," Sherman said after the game. "We throw an interception at the 1, luckily it went incomplete and I wasn't going to let them continue to do that."

Sherman was fired up over his coaches calling a similar play to the one that ended their chances at winning Super Bowl XLIX. That play ended with quarterback Russell Wilson throwing an interception to effectively end the game.

After a local reporter challenged whether or not Sherman should have responded the way he did, the following interaction took place:

"You don't want to go there. You do not. I'll ruin your career," Sherman said.

"How are you going to do that?" Moore responded.

"I'll make sure you don't get your media pass any more," Sherman said.

Sherman apologized later for his outburst.

A similarly bizarre scene involving Demarcus Cousins unfolded outside his locker room a few days earlier. Cousins approached a local columnist over a story that was published the weekend before. Along with referencing an incident involving his brother, the column also shined a light on an incident at a New York nightclub earlier in the month.

Cousins was caught on camera confronting and yelling obscenities at the reporter.

A few days later, Cousins was at the center of another incident at the end of a game against the Portland Trailblazers. After drawing a shooting foul, Cousins strode over to the opposing bench and appeared to spit out his mouth guard into the lap of the opposition. Cousins declined that he spit it out, stating that he was merely talking to them.

The replays don’t help his case.

After the game Blazers forward Meyers Leonard said of Cousins: "He's a very skilled player, had a very good game. But his antics are over the top. He's disrespectful, out of line; I mean, the list of words could go on."

Consider this: the God who created everything decided to come to earth and take on the form of a human. Did He come as a king and Lord His rightful authority over those beneath Him? No. Philippians 2:5-8 shows how He conducted Himself.

“Have this mind among yourselves, which is your in Christ Jesus, who, though he was in the form of God, did not count equality with God a thing to be grasped, but emptied himself, by taking the form of a servant, being born in the likeness of men. And being found in human form, he humbled himself by becoming obedient to the point of death, even death on a cross.”

Sports talk radio and podcasts will predictably focus their discussion around these two individuals and their poor choices. While they are unpacking the events that took place, let us use moments like these to further appreciate the God we serve.