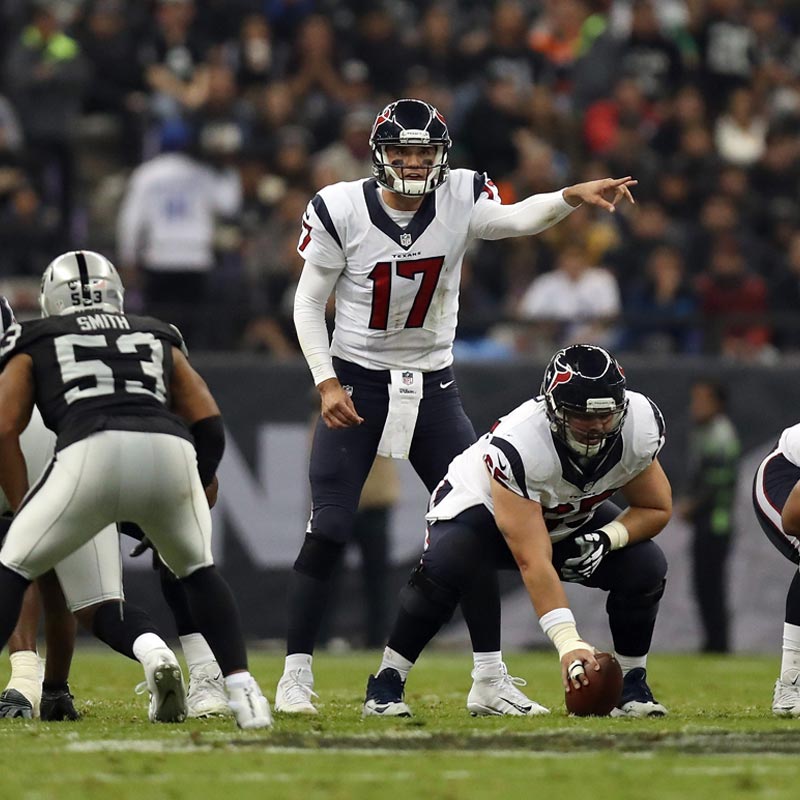 On Lasers, Bad Calls, and Fairness

Monday night’s game featuring the Houston Texans and the Oakland Raiders provided fans with a few firsts and ultimately reminded everyone how unfair sports can be sometimes.

For starters, Mexico City hosted the game for the first time in NFL history, a strange “home” game for Oakland. But that wasn’t the only “first” experienced.

Texans Quarterback Brock Osweiler had a laser shined in his eye during the game.

"I've never experienced a laser being shined in my eyeball during a football game, let alone a professional football game in the National Football League," Osweiler said. "So I think that was certainly disappointing. But at the end of the day, that's not why we lost the game. That was just one small factor. But it certainly affected how I was playing."

Osweiler deserves credit for acknowledging the distraction but not crediting it as the reason his team lost.

For the Texans and their fans alike, the laser incident was not only unfortunate, it was unfair. And it was not the only unfair part of the night for them.

Though it can hardly fall under the category of “firsts,” the Texans were on the receiving end of a questionable call that could have significantly altered the game had it went their way.

In the first quarter, Osweiler hit wide receiver DeAndre Hopkins for a long gain which would have gone for a likely touchdown had he not been ruled out of bounds.

"Was Hopkins out of bounds on that play? No," Texans coach Bill O’Brien said after the game.

Without a rooting interest for either team, I went to bed that night thinking “that was unfair.”

But what is fair? The definition is pretty straightforward: “in accordance with the rules or standards, without cheating or trying to achieve unjust advantage.” When fairness is severed, the scales are tipped to favor someone else.

In our relationship with God we see this idea of fairness play out in an interesting way. Any right we would have to claim fairness is severed because of our sin, yet God still finds a way to tilt the scale in our favor.

The ironic—and scandalous—justice of the Gospel sees Jesus taking the punishment for something He did not do. That’s unfair for God. And definitely unfair for what we deserve.

The Bible says in Romans that “the wages of sin is death.” Justice—the right and fair outcome —means that our sin warrants death for us, separation from God for us.

It is not a fair trade for God.

In God’s economy, however, the offending party (us) receives grace while the one who we offended (God), dies in our place.

By human standards, that’s not right, just, or fair at all. But that’s the point.

As fans we will constantly feel like our team got the short end of the stick. Whether from random lasers or bad calls, we will inevitably cry “that’s not fair.”

We have a longing in our heart for fairness, for justice. We want our team to “get what they deserve.”

Praise God that in His love and justice, we don’t have to get what we ultimately deserve.