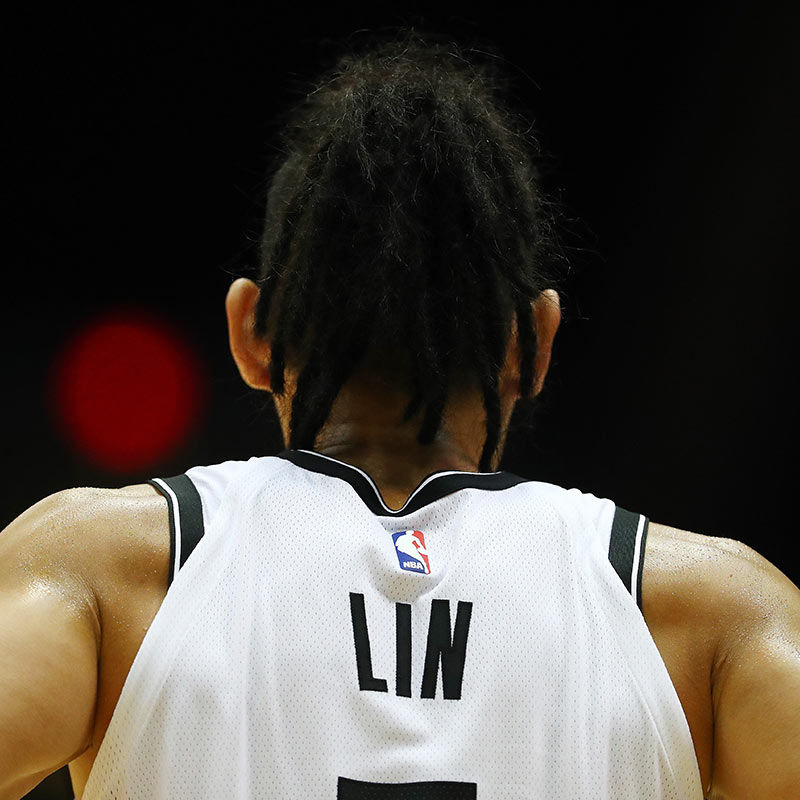 Jeremy Lin has rocked spiked hair, braids, and a number of head-turning hairstyles since being in the NBA, but his latest hair expression has people raising their eyebrows in a different way.

Lin’s decision to wear dreadlocks has rekindled a storied debate about what classifies as cultural appropriation and cultural appreciation, especially within minority communities.

In a recent Player’s Tribune essay, the Brooklyn Nets guard shared how his hair journey has helped him feel more comfortable with himself and detailed his thinking process around getting dreads, admitting that he may have missed the mark with this new hairdo and encouraged a nuanced dialogue around cultural understanding.

Some have been fairly direct in their criticism of Lin and his locs including former NBA player Kenyon Martin who chimed in on Instagram.

“Come on man, somebody need to tell him, like, ‘Alright bro, we get it. You wanna be black.’ Like, we get it. But the last name is Lin,” Martin said in a now-deleted video.

Lin graciously responded in his comments and said he appreciated the fact that they both can celebrate each other’s culture, pointing out Martin’s Chinese tattoos. The popular belief is that Lin ethered Martin with his comment, killing him with kindess while calmly exposing Martin's own supposed hypocrisy.

Martin has since walked back the delivery of his initial comments but still has reservations about Lin’s hair choice.

I find myself agreeing with the assessment from Huffpost editors Jessica Prois and Lilly Workneh that both men missed the mark by appropriating from each other’s cultures and their explanation of the false equivalency between Lin’s dreads and Martin’s tattoos.

As an African-American woman with locs, I know hair is an important vehicle for self-expression. It is spiritual, political, and I know that wearing my hair naturally can be seen as (and is) a revolutionary act.

But Lin does get something right in his response to the social media pseudo beef.

Lin’s intentions weren’t centered on sending Martin a classy clapback or engaging in a tit-for-tat argument. He tried to prevent the exchange from devolving into a war of words and was quick to tell some of his fans and followers to stop racially antagonizing Martin on his social feeds.

“We just need to spend a little bit more time thinking about what we say, thinking what it’s like to be someone else” Lin told NetsDaily. “At the end of the day, he said what he said, but I’m not really that offended. If that’s how he thinks, that’s how he thinks. My job is to be gracious, loving, and whatever, and I think if I can share with him a little bit of my side, I think next time he’ll have a different viewpoint.”

The way Lin has responded to this social media moment reminds me of instruction found in Proverbs, one of the books that completes the Bible’s wisdom literature. Take a look through chapter 15:

“A soft answer turns away wrath, but a harsh word stirs up anger. The tongue of the wise commends knowledge, but the mouths of fools pour out folly.” Proverbs 15: 1-2

“A gentle tongue is a tree of life, but perverseness in it breaks the spirit.” Proverbs 15:4

“A hot-tempered man stirs up strife, but he who is slow to anger quiets contention.” Proverbs 15:18

“The heart of the righteous ponders how to answer, but the mouth of the wicked pours out evil things.” Proverbs 15:28

These one-liners aren’t just pieces of good moral advice to remember, but words Christians can apply to their lives that can be used to reflect reverence for the Lord and by extension can be used to show compassion to His people.

Look, there’s no shade thrown from my direction at Martin. I get it. We all make ill-advised statements and have posts that should’ve stayed in our draft folders.

We can all stand to learn from Lin’s example by being more compassionate online, admitting to our mistakes while trying to create a space to give and receive grace.

Simmer on it before you snap.

Take these pieces of advice and proverbial wisdom into consideration when you find yourself in a hairy situation online.