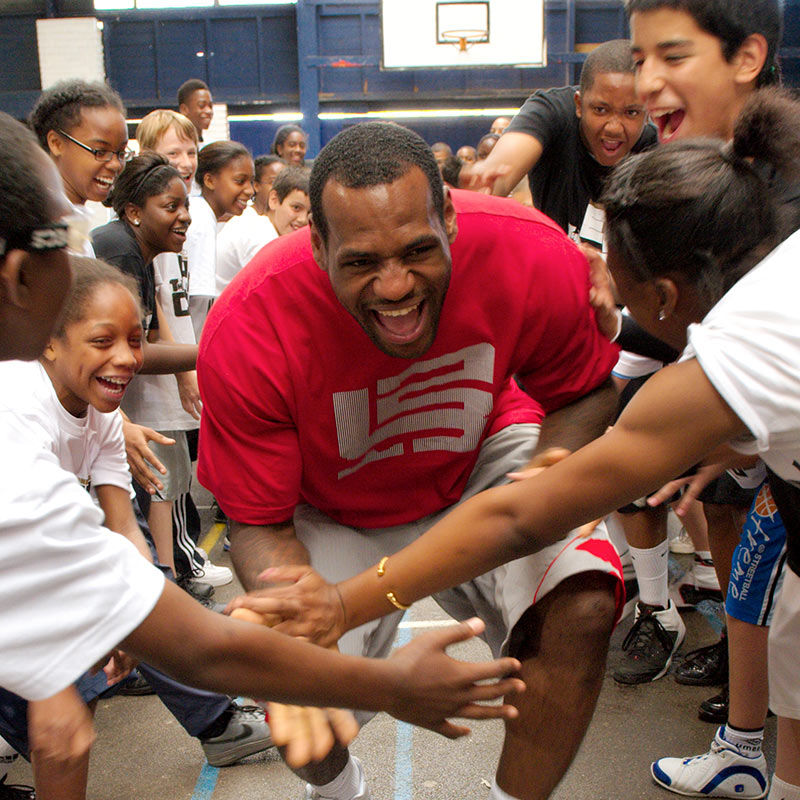 Lebron’s New Perspective is Worth Embracing

This maturity maxim seems to have hit home with LeBron James.

As has been his entire career, LeBron remains heavily scrutinized and polarizing—but continually maturing. Such is the reward for having the status as being the best player in the world.

Recently, James was questioned by media if he dwelled on the fact that his career record in the NBA Finals is a losing 3-5.

“No. I mean, listen. I've lost five Finals. What are you going to do about it? No. What's going to stick with me is seeing my daughter smile, seeing my kids graduate high school, college. Hopefully my daughter will go off and meet the man of her dreams. That's what's going to stick with me. I keep telling you all, these games and wins and losses—yeah, I love it—but it's not the be all and end all for me. So I've had so many moments in this game that I'm going to cherish. But...I don't lose sleep anymore."

This change in perspective seems a far cry from his prognosticating in Miami when he brashly broadcasted to the world in a made-for-TV event that he was chasing “not two, not three, not four, not five …” championships in Miami.

This perspective seems to vary in nature from his viral admission following the Cavaliers’ winning their first NBA Championship—that he was chasing a ghost [that played in Chicago].

This perspective seems to more accurately point to the fact, that for better or worse, James is holistically accepting life as it comes.

Contrary to the dramatic storylines that have followed him for more than a decade—some of his own making, others contrived by the media—he seems to be comfortable in his own skin, accepting on-the court results and enjoying off-the-court life with a wife, kids, business endeavors, endorsements, and a social platform that he doesn’t take for granted.

Counter to culture’s contemplative brooding mentality, James is seemingly living out a lesson we all should carefully attune to, enjoying every moment life has to offer, focusing on that which truly matters, and contently being present in the present.

Whether intentional or unknowingly, he’s taking a page out of Ecclesiastes (5:18-20 MSG) in making the most of what God gives, both the bounty and the capacity to enjoy it, accepting what’s given and not worrying about anything else.

He’s not focused on the failures of the Finals, the unknown future of his playing days or even the accomplishments in his prolific career, but rather he’s focused on the now of what truly matters.

And that’s a lesson we can all learn from.