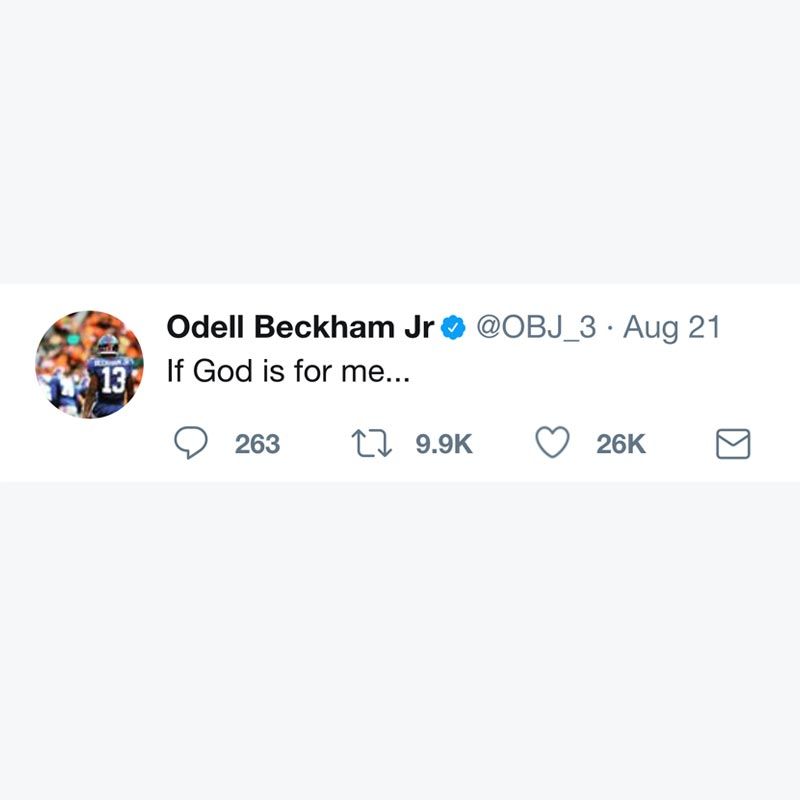 If God is For Me, How Can I Still Get Injured?

Odell Beckham Jr., the Giant’s star wide receiver, seemingly avoided serious injury after a low hit by a Brown’s defender on Monday night. As fans braced for the worst, recent reports confirmed that he only suffered an ankle sprain.

Beckham Jr. took to twitter late Monday night and paraphrased a familiar verse for the social media world to dissect:

Romans 8:31 in it’s entirety states “What then shall we say to these things? If God is for us, who can be against us?”

I won’t dare to assume what Beckham Jr. implied by through this powerful verse. But we can know what a lot of fans think he implied by looking at their comments. Sifting through his follower’s replies we see many fans simply completely the verse by paraphrasing the second half for him: “who can be against you!”

Another trend emerges that I feel compelled to address. These two replies represent a dangerous line of thinking: 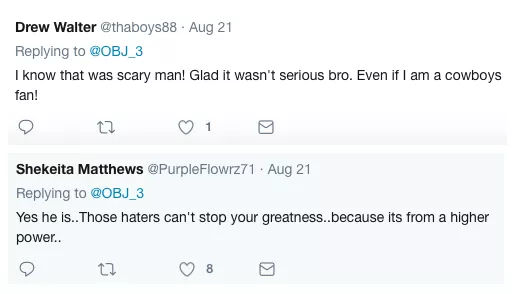 These replies—and others like them—assume that God “being for him” means that the injury was not as serious as it could have been. Or, to put it another way, the fact that he did not suffer a season ending injury on that particular play is proof that he has God on his side.

Here are a couple reasons we need to be careful when we claim this verse in situations like this:

Football is a brutal game. There will no doubt be countless God-fearing athletes in the coming months who will suffer season ending injuries. In those moments, I hope their Christian brothers and the fans that support them don’t view Romans 8:31 as evidence that God is not for them.

On the contrary, I hope that verse gets embraced even more intensely in hardship as a perspective that boldly—and biblically—promises that in the midst of the struggle, God is on my side and will help me through it.