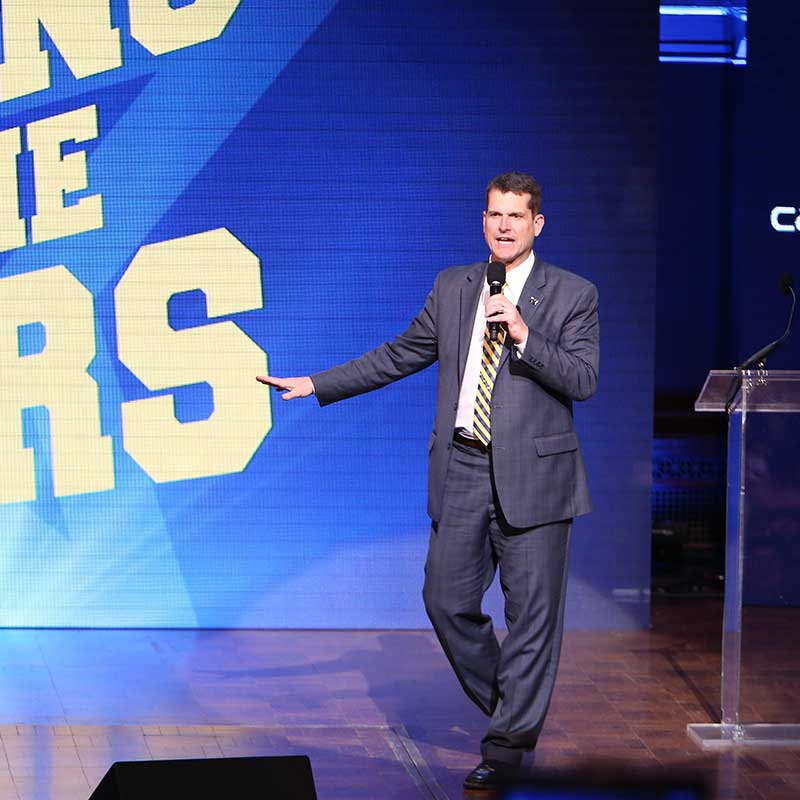 Unsurprisingly, The Ohio State University and the University of Michigan lead the Big Ten regarding football recruiting rankings. As National Signing Day reveals its recruiting report card, both programs are projected to finish with top-5 recruiting classes—something unheard of.

Two of the top-5 winningest college football programs of all time, each has received more ESPN 300 commitments (76) than all other Big Ten schools combined (63) since Michigan Coach Jim Harbaugh arrived on the scene in Ann Arbor in December 2014.

Though counterparts in the rivalry, Harbaugh and Ohio State’s Urban Meyer actually compliment and benefit each other. Knowing that the other is doing all they can to improve their respective program, it propels them to strengthen their own resolve for greatness.

Contrary to public aversion and political correctness, the Bible seems to argue that healthy competition should be viewed through a proper lens. Proverbs 27:17 says, “As iron sharpens iron, so one man sharpens another.” Rather than something to be avoided, competition, when channeled correctly, fosters greater results. Rivalries can, in fact, be seen as friends—even spurs?—helping propel each other to new, previously unreached, limits.

Consider the storied examples of Magic Johnson and Larry Bird or Peyton Manning and Tom Brady.

Or consider the iconic art works of The Mona Lisa (Leonardo da Vinci) and David (Michelangelo).

In each case, the rival’s ambitions pushed the other to reach for greatness—great rivalries beget greatness—resulting in an end-product for BOTH that was something more significant and higher than if there wasn’t any competition at all.

Left to our natural responses, when taken to the extreme, competition can breed both comparison and contempt—neither of which is good, as we’ve each been granted our own unique God-given skill-sets.

Galatians 6:4-5 (ERV) encourages us in this, “Don’t compare yourself with others. Just look at your own work to see if you have done anything to be proud of. You must accept the responsibilities that are yours.”

Ecclesiastes 4:4 highlights the foolish pursuit of envious comparison, referring to it as, “...a chasing after the wind.”

Proverbs 27:4 warns against jealousy, “Anger is cruel and fury overwhelming, but who can stand before jealousy?”

Proverbs 14:30 offers an anecdote to the comparison trap, “A heart at peace gives life to the body, but envy rots the bones.”

Learn from your rivals, focus on your strengths, hone your craft. Allow these moments to serve as agents of good that fuel you to becoming all God has created YOU to be.