Do You Have a Category for Righteous Anger? 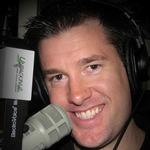 After the Memphis Grizzlies lost 96-82 in Game 2 of their series against the San Antonio Spurs, Grizzlies head coach David Fizdale gave an epic postgame press conference that included the lines, “But they’re not gonna rook us” and “Take that for data!”—before he abruptly and dramatically stormed away from the podium.

I’m not a big fan of refs being blamed for losses, but Fizdale laid out the facts and gave legitimate reasons why “it was a very poorly officiated basketball game.” He was angry and frustrated over the lack of respect the officials showed his guys.

He explained how his whole team only shot 15 free throws, yet Kawhi Leonard took 19 free throws himself, and overall the Spurs shot 32 times from the line. Fizdale compared the number of times each team shot in the paint to the number of free throws, and was beside himself about the lopsidedness.

Fizdale also said, “That’s unacceptable. That was unprofessional. Our guys dug in that game and earned the right to be in that game. And they did not even give us a chance.”

I love a passionate press conference from a coach – especially one with memorable lines. I appreciated that Fizdale spoke honestly, didn’t swear, and overall kept his cool. We knew he was angry, but many would agree the game was unfairly called.

We can all identify with the emotion of anger, and at times have difficulty managing it. What I find very interesting and worth unpacking is how anger can actually come from a good place, and that not all anger is bad.

The Bible describes how sin makes God angry, and also explains how Jesus got angry when money changers and animal-sellers were disrespecting the temple by doing business in a place of worship.

That kind of anger can be described as righteous anger, and is different from most of our prideful and self-motivated anger. We don’t get a free pass for justifying any kind of anger just because God gets angry. Instead, our heart needs to be in the right place in order for anger to lead to something constructive.

The Bible says in Ephesians 4:26–27 (ESV), “Be angry and do not sin; do not let the sun go down on your anger, and give no opportunity to the devil.”

Our anger should be toward injustices and everything that goes against God’s design. We should be angry and frustrated when we see sin in the world, and how it ruins people’s lives. We should also be angry about our own sin, and let it lead to repentance and growth. We shouldn’t stay angry, but remain filled with grace and love.

From a sports standpoint, David Fizdale’s anger was warranted. It was motivated by love for his team, and frustration in seeing his players blatantly wronged.

I hope we’re encouraged to think about why we get angry and turn away from any unrighteous anger. Instead of anger leading to sin, let’s get angry about sin.

Today, let’s rely on God’s strength to withstand the moments and situations where our pride wins and anger takes over. Let’s allow good anger to fuel our efforts in love…while making a difference in a very broken world.

PRAYER: Heavenly Father, I confess my anger can come from a very prideful place. Please help me rely on You for strength to battle those emotions that swell up. I pray my heart would be in a place to have righteous anger, in order to make a difference in the injustices of the world. Thank you for Your grace. In Jesus’ name I pray, Amen.