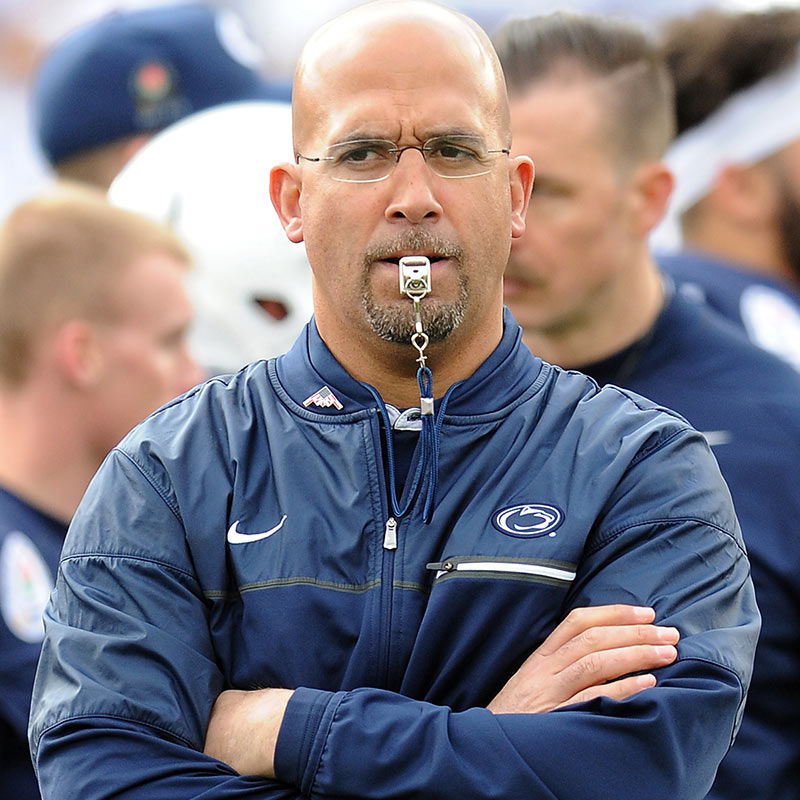 Sportsmanship can be hard to exhibit when you snatch defeat from the jaws of victory. Although it’s difficult to show class after a demoralizing loss, we’ve seen a coach and an organization turn painful moments into teachable ones and show opponents what they’re made of.

After No.7 Penn State was upset by No. 24 Michigan State, Coach James Franklin ran to catch one of his players and directed him back toward the field to shake hands with his opponents who started celebrating their successful upset. Coaches know players can be a ball of emotions after an upsetting beatdown and often allow them to race to the locker room to escape embarrassment or to sulk in frustration or to avoid any potential brawls.

The man ran downhill like his head was on fire to use the moment to teach.

“We’re going to win with class and lose with class,” Franklin said in post-game remarks.

I know linebacker Koa Farmer, the player on the receiving end of his coach’s orders, will remember that moment. So will those who saw it play out on the field and on screen.

I’m sure Franklin and his coaching staff feel the weight of taking back-to-back losses and the pressure to regroup after the team was regarded as a title contender a few weeks ago. But there’s more at stake.

Franklin recognizes that the moment to teach a lesson in class is too big to miss and more meaningful than adding to the win column. Clocking out as a coach isn’t an option after the game clock hits :00. If anything, it’s prime-time to serve athletes in a way that sticks with them throughout their lives.

7 Habits of a Servant Coach

The ethos of an organization can make a similar impression. Take an example from this year’s World Series.

The Los Angeles Dodgers took out a full-page ad in the Houston Chronicle celebrating the Houston Astros championship win. The ad features Dodgers manager Dave Roberts and Astros manager A.J. Hinch with a message congratulating the team. It’s a kind gesture and a tangible way to communicate the mutual respect between clubhouses reflected in the ad by both team managers.

Huge thank you to the @Dodgers for taking out an ad in Sunday's Houston Chronicle. Extremely classy move and we wish you the best of luck! pic.twitter.com/lx26TiZLE7

Sometimes it’s the little things that speak volumes about a person’s character and the same can be said of an organizational culture.

The character and actions of people in professional league front offices influence how others determine what matters to an organization and gives players a sense of what set of core beliefs they’ve tethered themselves to by joining a particular organization.

To extend gratitude and commendation to the ‘Stros for a stellar performance in a championship series after an abysmal loss in Game 7 is pretty admirable. It’s a classy move for sure. It’s a better indication of how leaders in the Dodger camp value sportsmanship and what measures they’re willing to take to communicate that well.

Both instances echo the message given in Philippians 2:3: “Do nothing out of selfish ambition or vain conceit. Rather, in humility value others above yourselves.”

As the two stories travel down our social media timelines, we’re reminded that there’s an alternative choice to grumbling after a game or pouting when things don’t end up in our favor. Scripture tells us there’s a better way to deal with our trials by taking the focus off of ourselves to value others.