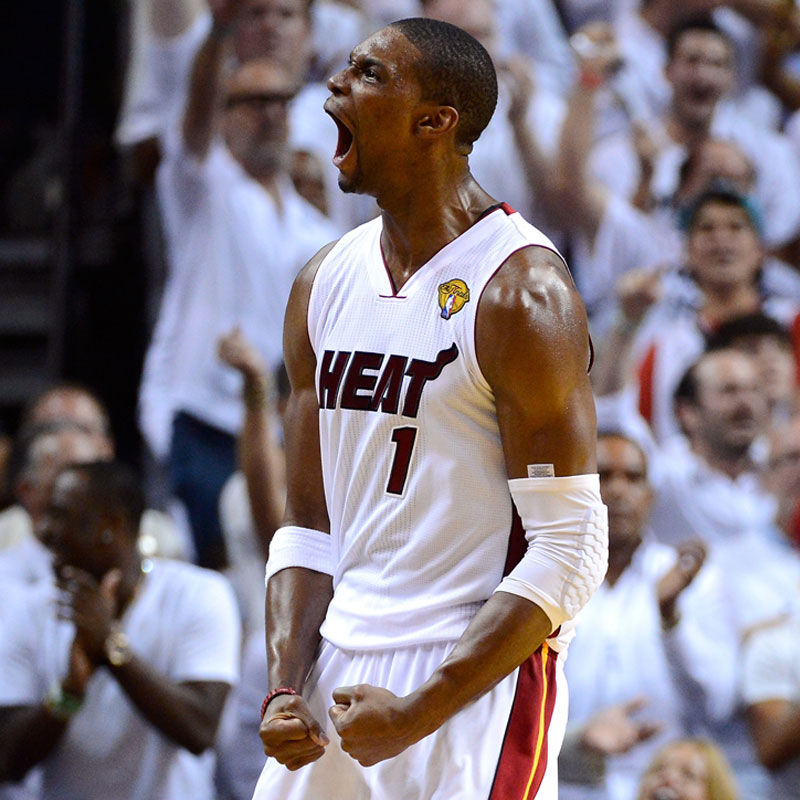 Chris Bosh and The Power of New Perspective

"I would love to experience that feeling [the adrenaline rush of being adored on sport’s greatest stage] one more time...Those moments where 20,000 people are watching you, and you hit the game winner? It's an incredible feeling."

That statement recently uttered by Chris Bosh is a sentiment shared by countless professional and amateur athletes who can’t quite step-away from the lure of the game.

Bosh, who was formerly part of the infamous LeBron James/Dwayne Wade Miami Heat super-team, no longer feels as invincible as he once did with his ex-teammates. Bosh, though once a promising Hall of Fame-bound player, has dealt with the stark reality of health issues and blood clots that prematurely sidelined and shortened his NBA career.

Just like that, it was over. No more adoring crowds. No more media shout-outs. No more autograph signings. No more endorsement deals. No more championship trophies to hoist.

"It's pretty much like cruising along, going 150 miles an hour in your Porsche—and then you fall into a hole,'' Bosh says. "Too difficult, too painful."

Sure he had played a child’s game, achieved some of his wildest dreams, and made millions doing so, but suddenly he was left perplexed, wondering “What just happened?”

Though most people haven’t experienced the dramatic highs and lows of being a professional athlete, everyone can relate with the fact that life rarely goes as planned—or at least as we planned.

Too often we hold our plans and our desires for our futures as a blueprint and compass we nurture and cherish. And then when things don’t go our way, on our timetable, we begin to wrestle with Bosh’s thought: “What just happened?”

When unforeseen difficulty arises, how then should we deal with those raw moments of frustration and disappointment?

Of course, we have trite pop-philosophy statements like: “When life gives you lemons, make lemonade” or “When one door closes another opens.” And though the heart of those statements may entail some truth, it doesn’t dismiss the stinging disappointment or sleepless nights when life goes from autopilot to off-course.

How then should we deal with disappointment from a Biblical perspective?

When the path we find ourselves on contrasts with the one we wanted to be on, it’s easy to view this other path as inferior or believe that we have to work to get off of it. But if we have any faith in God’s plan for us at all, we must stop viewing all other paths as inferior. We are finite beings without the ability to predict the future, but that’s not at all true about God. God’s plan for us sometimes defies our logic and initial feelings because He can see the future and knows what’s best for us now in light of His future plans for us.

In those moments, we can choose to lay aside the cherished plans we envisioned—in our pursuit of finding fulfilment—and purposefully begin enjoying the present in the present, trusting that God has our past, present, and future secured for our best and His glory.

Bosh is coming to a similar conclusion and perspective, as his wife is helping him center on the present instead of looking back longingly at the past. "My wife and I talk about my struggles,” says Bosh, “She has helped me realize I have to move on, create a new life. I'm a husband, I'm a father, and I've got to dive into that now.”

Rather than clinging to our idea of what life should be, by God’s grace, we can live in the essence of what actually is. We can reposition our compass to the Source that doesn’t change (Matthew 6:33) in the midst of an ever-changing world. We can recognize that as followers of Christ, though we may plan our ways, the Lord ultimately directs our steps (Proverbs 16:9). We can place our hope for the future in Christ and press on by being faithful in what He has in front of us right now.

And we can rest assured that He will lead us to a fulfilled life—though it may look very different than what we imagined—despite our immediate difficult, frustrating circumstances.