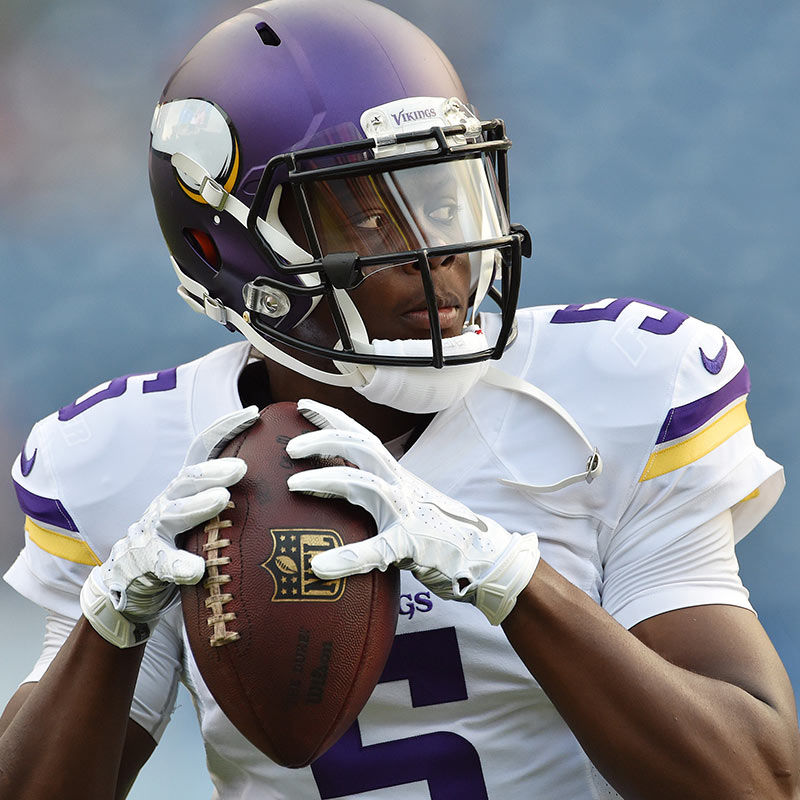 Let’s start with some important disclaimers.

Disclaimer #1: Even though I am a borderline idolatrous Detroit Lions fan, I like Teddy Bridgewater and I am actively rooting for his return to the Vikings. His faith seems genuine and I admire how he uses his platform to speak truth.

Disclaimer #2: I like Jason Romano a lot too. Sports Spectrum is crushing it right now with the amount of faith based content they are putting out in the sports world. The charge is being led by Jason. The dude is also about to publish a book in November/December and I have the privilege of being a part of his launch team (If you want to be a part of that team, hit him up here: https://www.facebook.com/jasonromano22).

Disclaimer #3: I really think they would 100% agree with what I am about to write.

Please view what follows against the backdrop of what I just wrote. My goal is to use my dull blade to hopefully sharpen the iron that they have begun to forge.

On August 30th of 2016, Teddy Bridgewater suffered a knee injury so horrific that the Vikings cancelled the rest of the practice. He did not play a single snap all year and is still in the recovery process. On August 30th of 2017, exactly a year after his injury, he tweeted:

Thousands of people have liked and retweeted it. And for good reason. It is such an incredible perspective on what was a career threatening injury. Jason Romano, in an article for SportsSpectrum, pointed out that,

“When hardship comes our way, we’re often wired to immediately ask ‘why me God?’ For 24-year-old Teddy Bridgewater, having an attitude of gratitude really is a testament to how strong his faith in God is.”

Bridgewater’s tweet shows a man with a faith that God is in control and can work all things for the good of those who love him. Romano’s comments double-down on this reality that Bridgewater’s words help us see the type of faith that allows the Viking’s star quarterback to stay grounded.

What I want to press on is how we measure faith.

If an athlete who suffers an injury does ask “Why me?”, is that evidence that he or she does not have a mature faith? When an amazing response like Bridgewater’s is put on the table, it can easily be viewed as the only right response to God. When we do that, we run the very real risk of shortchanging other expressions of faith that are found scattered throughout the scriptures.

For the Christian athlete who is sidelined—and is frustrated by it—the first person he cries out to in his confusion and angst should be God. We see this exemplified all over the Bible.

David, “a man after God’s own heart,” models well for us what it looks like to come before God with brutal honesty. He approached his prayers with a rawness that I envy. Here are a few examples from the Psalms where David cried out to God:

The prophet Jeremiah seemingly takes it a step further in Jeremiah 20:7 “O Lord, you have deceived me, and I was deceived; you are stronger than I, and you have prevailed. I have become a laughingstock all the day; everyone mocks me.”

That is bold. But God can handle it.

Perhaps we have no greater example of what it looks like to come before God with raw honesty than Jesus himself. Before he was betrayed by Judas and sent to the cross, he prayed the same prayer three times to the Father: “My Father, if it be possible, let this cup pass from me; nevertheless, not as I will, but as you will” (Matthew 26:39). He knows the plan, is anxious about it, and is honest before God with how he is feeling in the moment.

I’m not saying Bridgewater was not honest with God. I just want to give athletes out there the permission that the bible gives them to humbly approach God with those tough questions.

I’m proud to call Teddy Bridgewater my brother in Christ. I love it that he has such incredible perspective on his injury that he can come to God in gratitude. What faith!

But, if you are reading this as a brother or sister in Christ who has cried out to God “Why me?”, know that God thinks no less of you. Keep running to him—that too, is great faith!