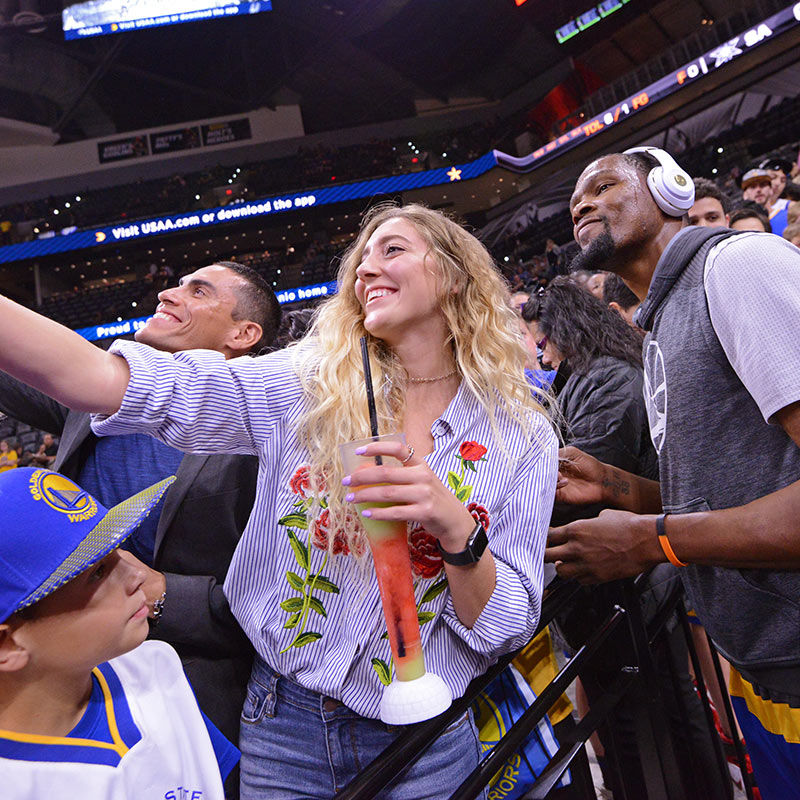 Can We Talk About Kevin Durant's Social Media Mistake?

Another social media horror story: Kevin Durant mistakenly tweets in the third-person from his personal account—thinking it was a shadow account—while engaging in an argument with a fan about leaving the Thunder, slamming his former coach and team in the process. The mistake, of course, goes more viral than the original Tweet.

Durant isn’t the first and won’t be the last athlete—or human being in general—to realize he posted something on a social media account he wishes he could take back. Or perhaps worse, to have someone else post on his behalf without him even knowing it.

However it happened, Durant’s mistake offers another eye-opening opportunity to personally consider a game plan regarding social media—especially for athletes.

Just this week I was in a conversation with a high school basketball player whose head coach found out he had been drinking because someone took a picture of him buzzed at a party then posted it to Snapchat. He had no memory of it happening and doesn’t remember anyone taking a picture of him—a function of being “buzzed at a party” surrounded by people covertly snapping shots of one another to post to social media. Countless people saw it, including someone three degrees of separation away from his coach, who eventually got the report as it made it’s way through the chain.

In some ways, the social media age creates a new layer of accountability. If I find myself in a room with a group of people doing something questionable, I can be almost assured someone will be trying to take a picture of it to post—whether I realize it or not. You can just about book it.

Athletes in Action staff member Brian Smith wrote “The Christian Athlete’s Guide to Social Media” as both a warning and a guide to help Christ-following athletes navigate the choppy and often perilous waters of social posting.

Smith argues that most social media advice to athletes revolves around a common theme—“don’t be a moron”—for several reasons. For starters, coaches now regularly check prospective and current players feeds for clues to their character. They can use social media research almost like a resume service to gather sketches of who players hang out with, what they think is entertaining, how they use their free time, who they repost, what environments they frequent, and many other aspects of their worldview.

But beyond coaches, every post has the potential to be seen by literally millions of people, including folks you know, used to know, and have never known—as the high school player above quickly learned.

Houston Texans star defensive end JJ Watt, who recently used his own social media platform to raise millions of dollars for people in Houston recovering from Hurricane Harvey, said, “Every single time I post something on social media I read it over and over again, from everybody’s perspective—my grandma’s, my 5th grade teacher’s, my parent’s, my teammate’s, my coaches. Just reading it over can make you re-think everything.”

This kind of human range isn’t an exaggeration—it’s guaranteed and virtually uncontrollable with every post that goes out. As Smith said, “like fire, social media has potential to do great harm if we are not careful. There is wisdom in exercising caution with it.”

Smith suggests Christian athletes have an additional concern with their posting that goes beyond their own personal brand identity. Again, like fire, social platforms are “loaded with positive potential if we know how to use them correctly,” and can be used to glorify God.

He suggests being conscious to intentionally do these five things: