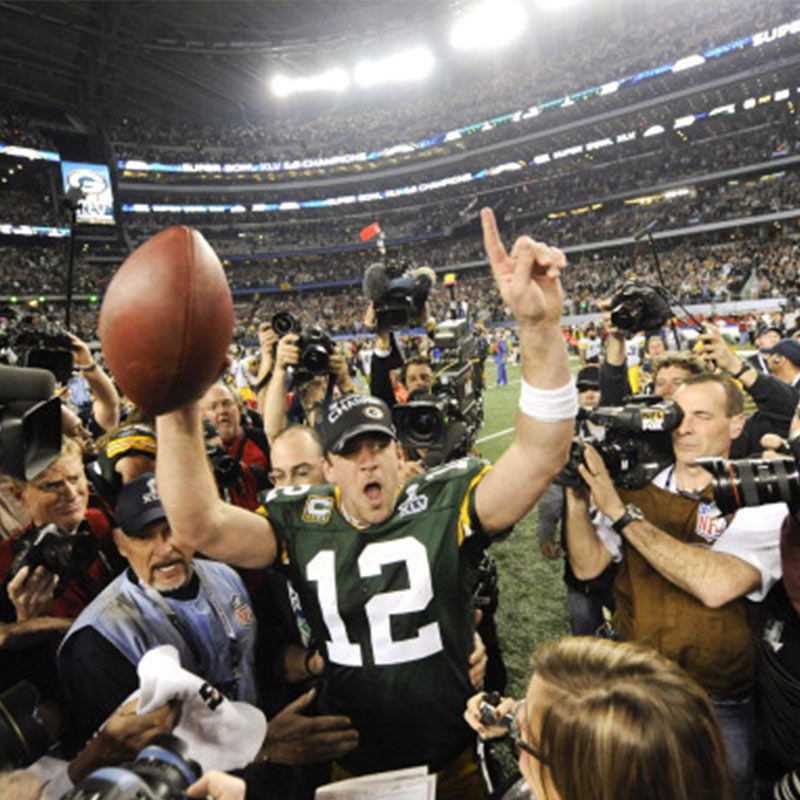 After leading his team to victory in Super Bowl XLV, Green Bay Packers quarterback Aaron Rodgers experienced the common existential let-down experienced by those who finally achieve their goals—the need for something more.

As ESPN the Magazine reporter Mina Kimes uncovered in her recent interview with Rodgers, “When he reflected on everything he had accomplished, he was surprised to realize he was still searching for something else. He sat on the bus as they passed around the Lombardi Trophy [ after the Super Bowl ] and thought to himself, ‘I hope I don’t just do this.’”

While this thought may have surprised Rodgers, anyone involved in the lives of elite athletes—or any profession fueled by difficult-to-achieve goals—recognizes this familiar feeling that goes almost hand in hand with finally experiencing success.

After winning his third Super Bowl, signing a 10-year, $60 million dollar contract, and having recently moved from dating a Hollywood star to a supermodel, Tom Brady confessed in a 2005 60 Minutes interview his own angst in having acquired his dreams.

“Why do I have three Super Bowl rings and still think there’s something greater out there for me? I mean, maybe a lot of people would say, ‘Hey man, this is what it is. I reached my goal, my dream, my life.’ Me, I think, ‘God, it’s got to be more than this.’ I mean this isn’t, this can’t be what it’s all cracked up to be.”

We know about Rodgers’ and Brady’s internal emptiness because they are sports celebrities who gave vulnerable interviews after huge moments in their lives. But random man-on-the-street interactions would reveal some version of the same struggle inside everybody we could meet, all at various stages of awareness and conclusion regarding the quest.

Folks don’t seem to read the Bible much anymore, but if they did they might be surprised to find one whole book completely devoted to the problem these guys are articulating in their interviews.

Nearly three millennia ago, the questions, “What is life all about? Where can I find contentment? Isn’t there more to life than just ___?” were repeatedly asked and pursued by the author of Ecclesiastes. A man of tremendous means and almost limitless resources, he sought and failed to find satisfaction in various sensual pleasures: sex, wealth, material possession, food, knowledge, prestige, leisure.

And he didn’t just dabble in these things. He had LOTS of sex with LOTS of women. He built many, huge gardens and buildings. He ate well beyond gluttony then ate some more. He had many people that served him and his desires. He took notes and made lots of subjective observations along the way, paying attention to his thoughts, feelings and physical reactions to every experience he encountered over time.

His final report: “It’s all good, but none of it works to ultimately satisfy. I still feel empty.” (The Ancient Near-East version of “I hope I don’t just do this” and “God, it’s got to be more than this.”)

But a prime source of his frustration was also the profound realization that “He (God) has planted eternity in the human heart, but even so, people cannot see the whole scope of God’s work from beginning to end” (Ecc. 3:11, NLT).

His argument: God created humans with an innate sense that they were created for a spiritual existence beyond this life, that God is doing something in visible history with spiritual implications that no human can fully grasp, and that this all produces a deep and abiding sense of something missing—an emptiness.

He concluded that the gifts of God in this life are wonderful, but they can’t fulfill their promise to satisfy. Enjoy the life God gives you, but don’t neglect to fear him and keep his commandments in the midst of it all (Ecc. 12:13,14).

A decent place to start—to fear God and set your mind to keep his commandments—but ultimately just a moralized version of the same emptiness. As the other 65 books of the Bible chronicle, no one fears God to the extent He deserves, and no one can fully keep His commandments. We need something more, something that both changes and fills our heart.

Enter Jesus, whose life, death, burial and resurrection in human history threw open the gates of eternity, making it possible to fill the “God-shaped vacuum” inside our hearts with Himself.

The answer lies then, not in acquiring more stuff of this world, nor with intentions to do good or to be more “spiritual,” but in a Savior whose Spirit not only acts like chemotherapy in a cancerous human heart, healing it from the inside out, but also as a ticket to the next life, offering a sense of meaning and purpose that fulfill this one.

On the last day of the feast, the great day, Jesus stood up and cried out, ‘If anyone thirsts, let him come to me and drink. Whoever believes in me, as the Scripture has said, ‘Out of his heart will flow rivers of living water’’ (John 7:37,38)