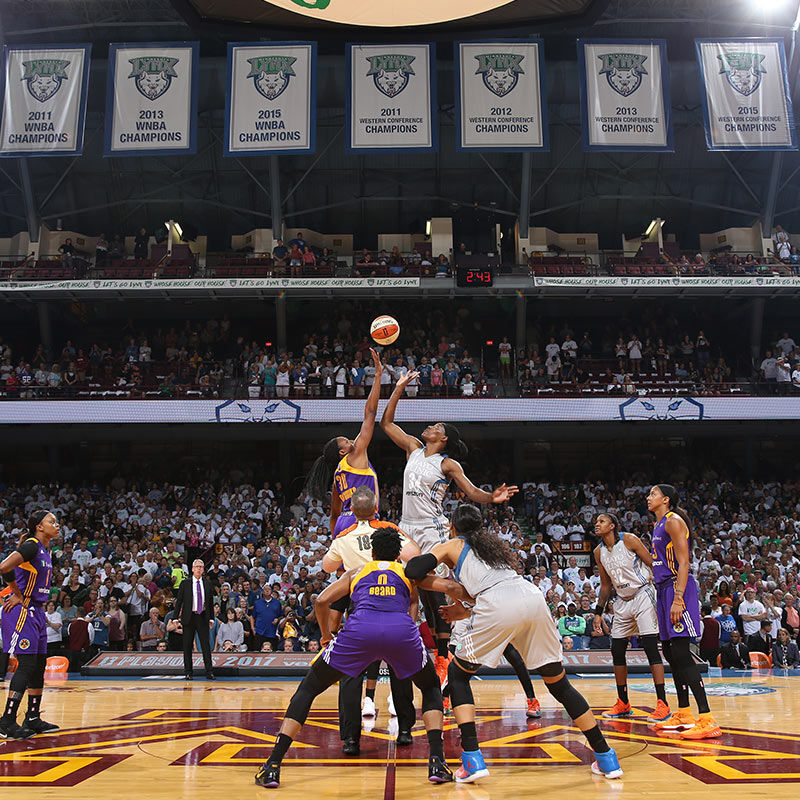 A Word for Both WNBA Teams Before Game 5

Tonight’s the night. The Minnesota Lynx and the Los Angeles Sparks meet in Game 5 of the WNBA Finals—again. It’s déjà vu for both teams as they face off for the second straight year in hopes of claiming league supremacy and the last W of the season.

Both teams will walk into Williams Arena with the same end goal in mind although two different outcomes are inevitable. Could Candace Parker and company snatch victory away from a determined Minnesota team a second time to win back-to-back titles? Or could Sylvia Fowles lead a championship defensive effort that would douse the Spark’s chances of winning on their home floor and earn another title to add to the Lynx's last three?

If the rest of this series is any indication, multiple lead changes will keep viewers and everyone in the gym guessing until the last second.

A handful of Olympic gold medalists and MVP talent pepper both team rosters with Parker and Nneka Ogwumike along with Fowles and Maya Moore. Both teams have clutch shooters. Both teams have chemistry. Both teams have been here before. All are fierce competitors and every point is earned, indicating that meetings between the two have all the makings of one of the “best rivalries in women’s basketball history.”

Rivalries reveal the worst and best in us. In this series the latter seems to be true minus some tense ball-wrestling and a flagrant foul or two. Most games between these teams have been decided by the slightest of margins, a testament to how opposing players challenge themselves by elevating their level of play and demand the very best of each other.

Just like all great rivalries, it’s anybody’s game in this winner-take-all final.

To players of the winning team: Congratulations, ladies! You’ve reaped the highest team reward your league can offer. You’ve visualized this moment and now it’s a real-time reality. Your mama and them can’t wait to meet you on the floor to celebrate with you. You feel lighter. Your champagne-soaked locker room is lit. You’ll talk about how you and your teammate will stunt at the championship parade and on the upcoming press tour. Only a few people can relate to how hard your team has worked to get here. However wonderful and affirming this moment is, know that the glory is fleeting (1 Peter 1:24-25). This satisfying feeling won’t be sustained over a lifetime and you’ll need something more. As wonderful as this achievement is, this victory doesn’t define who you are.

To players of the losing team: Great effort, ladies. Close, but no cigar. If only there was more time. The championship paraphernalia with your team’s name emblazoned across the front won’t ever reach your hands. You can’t get rid of the confetti you found on your body fast enough. You’ll replay every interaction, every ball possession, and the alternate ending that may spontaneously haunt you over the next few months. You’ll appreciate your mama and them encouraging you, but only a few people can relate to how hard your team has worked to get here. The sun will rise again. This devastating loss doesn’t define who you are (Isaiah 40:28-31).

For both teams, my hope is that these high-caliber athletes know their worth isn’t tied to this specific performance or any other no matter how tonight’s game will be remembered. I hope these future Hall of Fame players would experience peace knowing that they gave everything they could to the game from tipoff until time expired (Colossians 3:23).